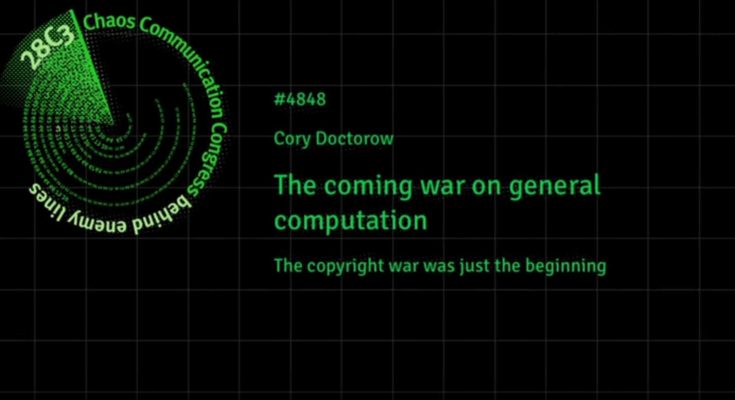 The last 20 years of Internet policy have been dominated by the copyright war, but the war turns out only to have been a skirmish. The coming century will be dominated by war against the general purpose computer, and the stakes are the freedom, fortune and privacy of the entire human race.

And general purpose computers can cause harm — whether it’s printing out AR15 components, causing mid-air collisions, or snarling traffic. So the number of parties with legitimate grievances against computers are going to continue to multiply, as will the cries to regulate PCs.

The primary regulatory impulse is to use combinations of code-signing and other “trust” mechanisms to create computers that run programs that users can’t inspect or terminate, that run without users’ consent or knowledge, and that run even when users don’t want them to.

The upshot: a world of ubiquitous malware, where everything we do to make things better only makes it worse, where the tools of liberation become tools of oppression.

Our duty and challenge is to devise systems for mitigating the harm of general purpose computing without recourse to spyware, first to keep ourselves safe, and second to keep computers safe from the regulatory impulse.