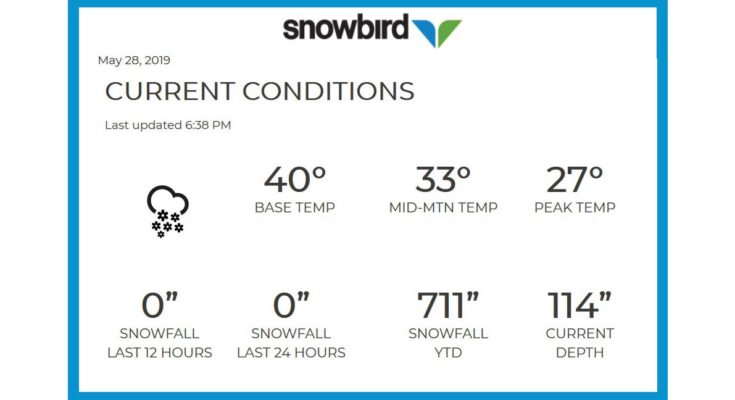 Records? I think so. Granted I’m comparing Mid-Gad snow study plot to the Alta Guard station study plot, so it’s not exact. But, if you look at season totals on the link below you will see that there are only 2 seasons where we’ve had 700″ or more at Alta Guard. Regardless as to if it’s any sort of official record, we had a hell of a lot of snow during the 2018-19 Winter. In my book 711 inches at Mid-Gad is rather rare and is certainly noteworthy.

Mid-Gad is a bit more exposed than Alta Guard and is 478′ higher. Both are in the upper reaches of Little Cottonwood Canyon. There are a few other differentiating characteristics but I’m going to say other than elevation they are roughly equivalent.

Discussion on “When Will Snowbird Close” for 2018-19 by Jim Steenburgh.

It turns out that Snowbird was open for skiing and boarding on July 4th, 2019. It’s not very often that they are able to do that. As you’ll see in the photos below there was a lot of rock-skiing/boarding going on that day at The ‘Bird. Non-lift served skiing was still being had after that date by the true die-hards. (Take a look at the Utah Backcountry Ski Touring closed group on Facebook where someone summitted and skied Kings Peak in the Uintahs on July 7th. Dedicated die-hards to be sure.)

“Red, blue and a whole lot of white: Snowbird opened for skiing on the Fourth of July for only the fifth time in 48 years” published in the Salt Lake Tribune, July 5, 2019. 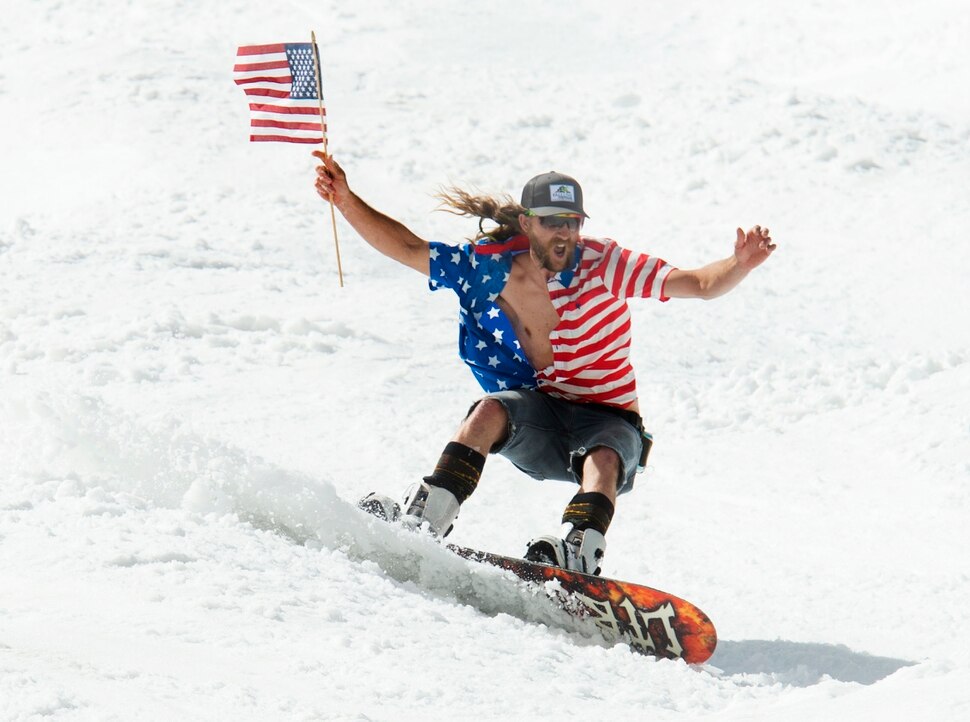 Image by Rick Egan | The Salt Lake Tribune. – James Perry, from Salt Lake City, makes his way down the hill while waving a flag and dressed for the Fourth of July on the last ski day of the year at Snowbird Ski Resort on Thursday, July 4, 2019. 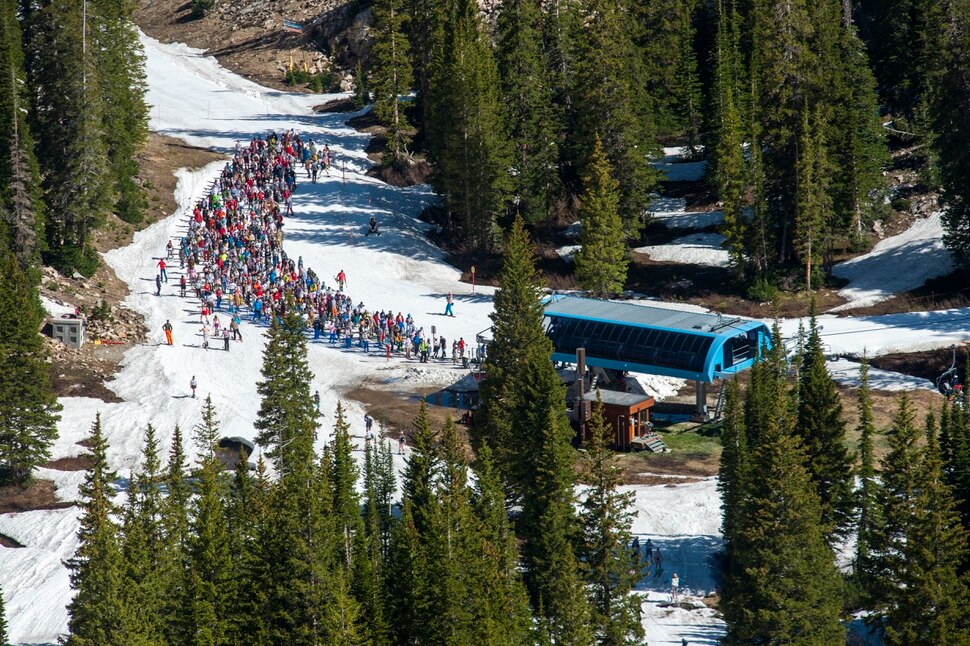 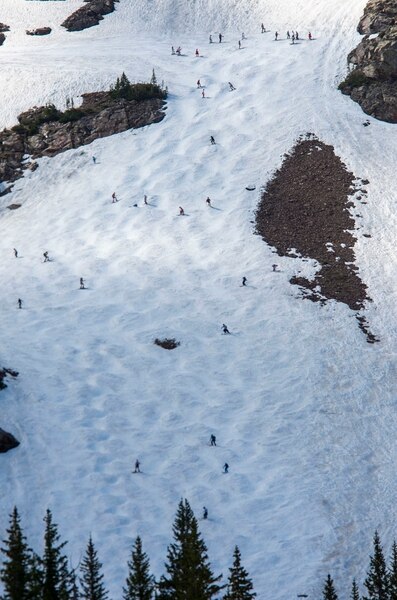 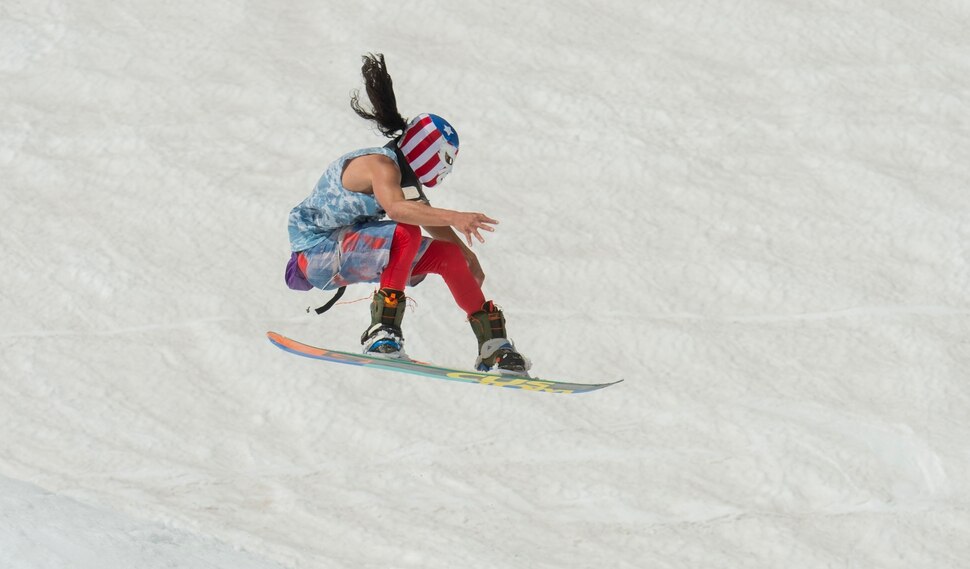 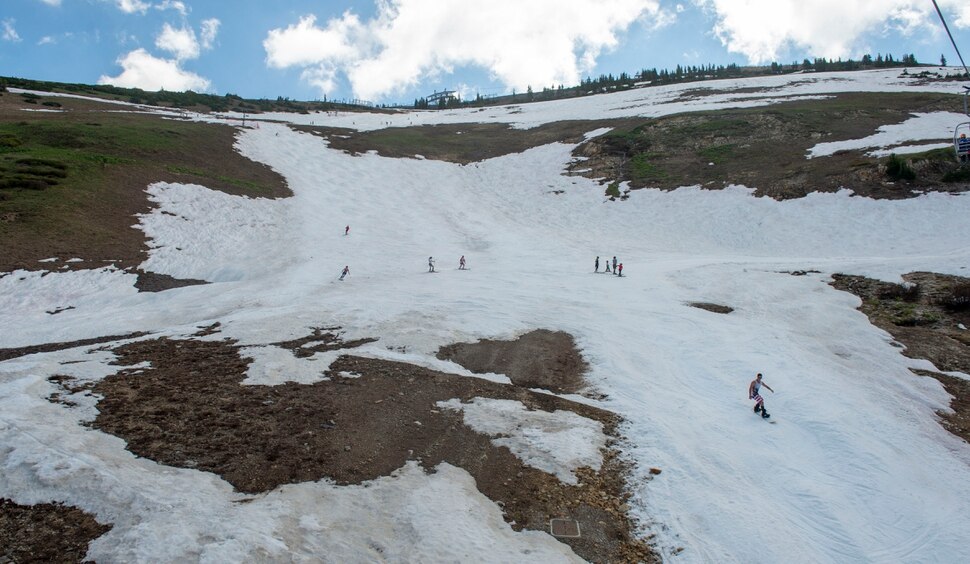 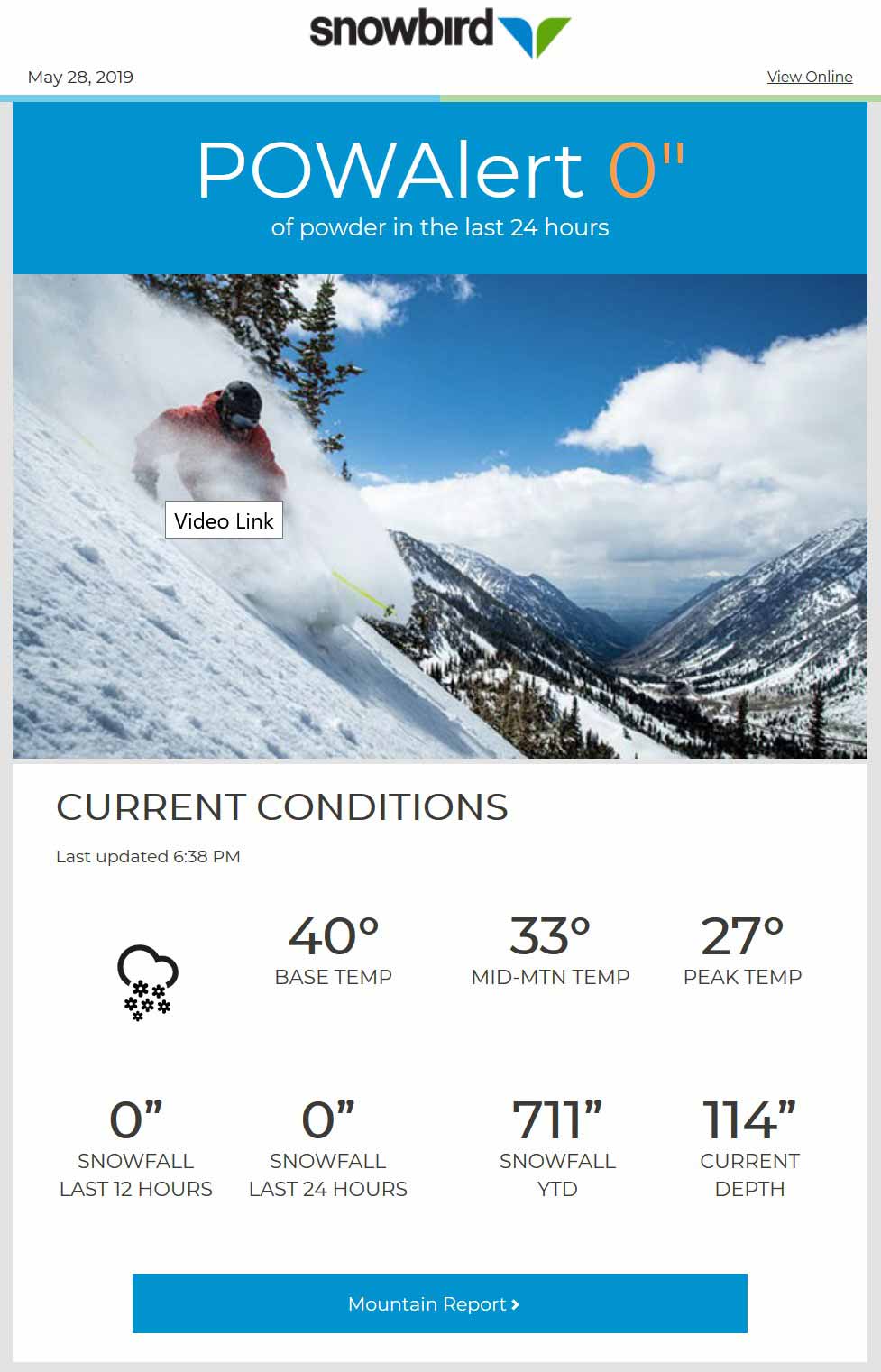 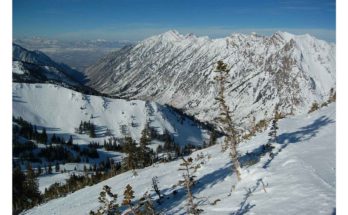 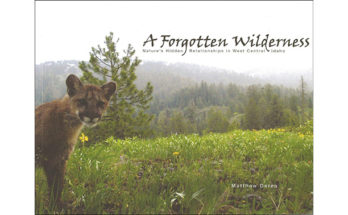 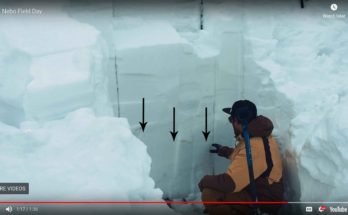