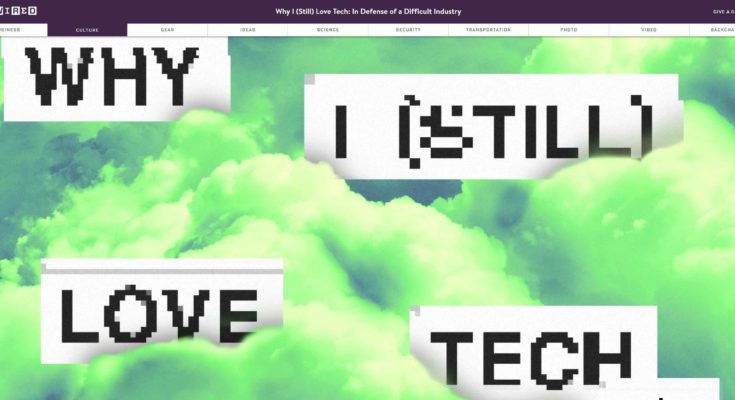 Nerds, we did it. We have graduated, along with oil, real estate, insurance, and finance, to the big T. Trillions of dollars. Trillions! Get to that number any way you like: Sum up the market cap of the major tech companies, or just take Apple’s valuation on a good day. Measure the number of dollars pumped into the economy by digital productivity, whatever that is. Imagine the possible future earnings of Amazon.

The things we loved—the Commodore Amigas and AOL chat rooms, the Pac-Man machines and Tamagotchis, the Lisp machines and RFCs, the Ace paperback copies of Neuromancer in the pockets of our dusty jeans—these very specific things have come together into a postindustrial Voltron that keeps eating the world. We accelerated progress itself, at least the capitalist and dystopian parts. Sometimes I’m proud, although just as often I’m ashamed. I am proudshamed.

And yet I still love the big T, by which I mean either “technology” or “trillions of dollars.” Why wouldn’t I? I came to New York City at the age of 21, in the era of Java programming, when Yahoo! still deserved its exclamation point. I’d spent my childhood expecting nuclear holocaust and suddenly came out of college with a knowledge of HTML and deep beliefs about hypertext, copies of WIRED (hello) and Ray Gun bought at the near-campus Uni-Mart. The 1996 theme at Davos was “Sustaining Globalization”; the 1997 theme was “Building the Network Society.” One just naturally follows the other. I surfed the most violent tsunami of capital growth in the history of humankind. And what a good boy am I!

You might also enjoy “What is Code?” also by Paul Ford.