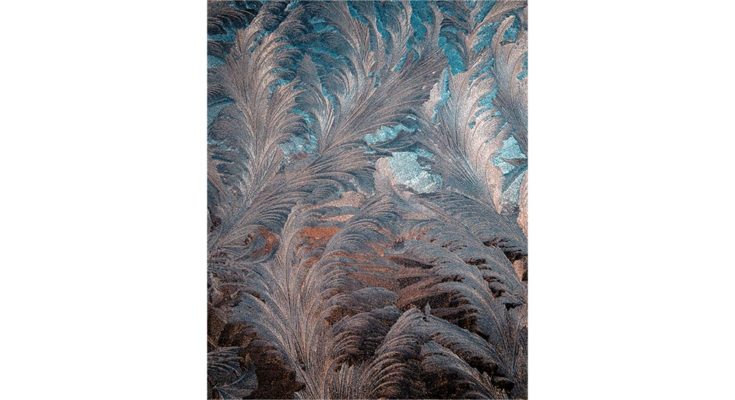 SNOW refers to forms of ice crystals that precipitate from the atmosphere (usually from clouds) and undergo changes on the Earth’s surface. It pertains to frozen crystalline water throughout its life cycle, starting when, under suitable conditions, the ice crystals form in the atmosphere. Snowstorms organize and develop by feeding on sources of atmospheric moisture and cold air. Snowflakes nucleate around particles in the atmosphere by attracting supercooled water droplets, which freeze in hexagonal-shaped crystals. Snowflakes take on a variety of shapes, basic among these are platelets, needles, columns and rime. [Wikipedia]

GRAUPEL, also called soft hail or snow pellets, is precipitation that forms when supercooled water droplets are collected and freeze on falling snowflakes, forming 2–5 mm (0.08–0.20 in) balls of rime. The term graupel comes from the German language.

Graupel is heavily rimed new snow, often shaped like Styrofoam balls. Graupel can also form during strong convective activity (upward vertical motion) within a storm such as is often found during the passage of a cold front or during springtime convective showers. Falling graupel is sometimes accompanied by lightning. [Avalanche.org]

HAIL is a form of solid precipitation. It is distinct from ice pellets (American English “sleet”), though the two are often confused. It consists of balls or irregular lumps of ice, each of which is called a hailstone. Ice pellets fall generally in cold weather while hail growth is greatly inhibited during cold surface temperatures.

Unlike other forms of water ice, such as graupel which is made of rime, and ice pellets which are smaller and translucent, hailstones usually measure between 5 mm (0.2 in) and 15 cm (6 in) in diameter.

Hail is possible within most thunderstorms as it is produced by cumulonimbus clouds, and within 2 nmi (3.7 km) of the parent storm. Hail formation requires environments of strong, upward motion of air with the parent thunderstorm (similar to tornadoes) and lowered heights of the freezing level. [Wikipedia]

SLEET is a regionally variant term for two distinct forms of precipitation: [Wikipedia]

FREEZING RAIN is the name given to rain maintained at temperatures below freezing by the ambient air mass that causes freezing on contact with surfaces. Unlike rain and snow mixed, ice pellets or hail, freezing rain is made entirely of liquid droplets. The raindrops become supercooled while passing through a sub-freezing layer of air hundreds of meters above the ground, and then freeze upon impact with any surface they encounter, including the ground, trees, electrical wires, aircraft, and automobiles. The resulting ice, called glaze ice, can accumulate to a thickness of several centimeters and cover all exposed surfaces.

A storm that produces a significant thickness of glaze ice from freezing rain is often referred to as an ice storm. Although these storms are not particularly violent, freezing rain is notorious for causing travel problems on roadways, breaking tree limbs, and downing power lines from the weight of accumulating ice. Downed power lines cause power outages in affected areas while accumulated ice can also pose significant overhead hazards. It is also known for being extremely dangerous to aircraft since the ice can effectively ‘remould’ the shape of the airfoil and flight control surfaces.

Freezing rain is often associated with the approach of a warm front, when subfreezing air (temperatures at or below freezing) is trapped in the lowest levels of the atmosphere while warm air advects (transports in bulk) it aloft. This happens, for instance, when a low pressure system moves from the Mississippi River Valley toward the Appalachian Mountains and the Saint Lawrence River Valley of North America during the cold season, with a strong high pressure system sitting further east. This setup is known as cold-air damming and is characterized by very cold and dry air at the surface within the region of high pressure. The warm air from the Gulf of Mexico is often the fuel for freezing precipitation.

Freezing rain develops when falling snow encounters a layer of warm air aloft, typically around the 800 mbar (800 hPa) level, causing the snow to melt and become rain. As the rain continues to fall, it passes through a layer of subfreezing air just above the surface and cools to a temperature below freezing. If this layer of subfreezing air is sufficiently deep, the raindrops may have time to freeze into ice pellets (sleet) before reaching the ground.

However, if the subfreezing layer of air at the surface is very shallow, the raindrops falling through it will not have time to freeze and they will hit the ground as supercooled or freezing rain. When these supercooled drops make contact with the ground, power lines, tree branches, aircraft, or anything else below 0 °C (32 °F), a portion of the drops instantly freezes, forming a thin film of ice, hence freezing rain. The specific physical process by which this occurs is called nucleation. [Wikipedia]

Lightning begins as static charges in a rain cloud. Winds inside the cloud are very turbulent. Water droplets in the bottom part of the cloud are caught in the updrafts and lifted to great heights where the much colder atmosphere freezes them [producing hail]. Meanwhile, downdrafts in the cloud push ice and hail down from the top of the cloud. Where the ice going down meets the water coming up, electrons are stripped off [which sets up for lightning].

It’s a little more complicated than that, but what results is a cloud with a negatively charged bottom and a positively charged top. These electrical fields become incredibly strong, with the atmosphere acting as an insulator between them in the cloud [or cloud to ground]. Lightning happens when the strength of the charge overpowers the insulating properties of the atmosphere. [NOAA SciJinks]

The formation of hail requires strong upward air motion, the sort that is found in cumulonimbus clouds. Graupel can also form during strong convective activity within strong upward vertical motion. In either case, the interaction between upward and downward air currents results in stripping electrons off of water and ice resulting in the formation of strong static electrical fields that can discharge as lightning. 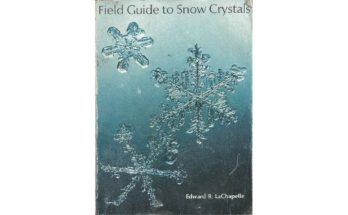 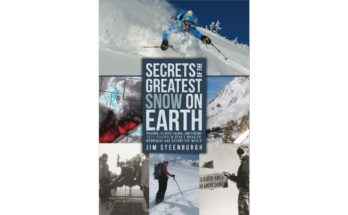