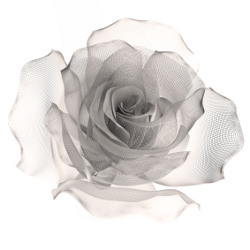 “What’s in a name? That which we call a rose by any other name would smell as sweet.”
—William Shakespeare (Romeo and Juliet)

As distributed systems scale in size and heterogeneity, increasingly identifiers connect them. These may be called IDs, names, keys, numbers, URLs, file names, references, UPCs (Universal Product Codes), and many other terms. Frequently, these terms refer to immutable things. At other times, they refer to stuff that changes as time goes on. Identifiers are even used to represent the nature of the computation working across distrusting systems.

The fascinating thing about identifiers is that while they identify the same “thing” over time, that referenced thing may slide around in its meaning. Product descriptions, reviews, and inventory balance all change, while the product ID does not. Reservations, orders, and bookings all have identifiers that do not change, while the stuff they identify may subtly change over time.

Identity and identifiers provide the immutable linkage. Both sides of this linkage may change, but they provide a semantic consistency needed by the business operation. No matter what you call it, identity is the glue that makes things stick and lubricates cooperative work.

This article is yet another thought experiment and rumination about the complex cacophony of intertwined systems.

The Need for Identity

For a long time, we worked behind the façade of a single centralized database. Attempting to talk to other computers was considered an “application problem” and not in the purview of the system. Data lived as values in cells in the relational database. Everything could be explained in simple abstractions, and life was good!

Then, we started splitting up centralized systems for scale and manageability. We also tried to get different systems that had been independently developed to work together. That created many challenges in understanding each other and ensuring predictable outcomes, especially for atomic transactions.

As time moved on, a number of usage patterns emerged that address the challenges of work across both homogeneous and heterogeneous boundaries. All of those patterns depend on connecting things with notions of identity. The identities involved frequently remain firm and intact over long periods of time.

Scale, long-running, and heterogeneous. Systems are knit together by identity, too. As homogeneous solutions are designed for scale, shards, replicas, and caches are all based on some form of identity. Solutions respond to stimuli over time, using one or more representations of identity to figure out what work to restart or continue. Connecting independently created systems with their own private and distrusting implementations always uses shared identities and identifiers that are the crux of their cooperation.

Searching and learning. Many other parts of the computing landscape depend on identities. Searching assigns document IDs and then organizes indices of search terms associated with them. Machine learning binds attributes with identities. In many cases, a set of attributes becomes interesting and is then assigned an identity. The system repeatedly works to associate even more attributes to them. It’s when these attributes form patterns across the identities that the machine has learned something.

The identifiers connecting these pieces remain immutable while the stuff they identify spins and dances and evolve. Similarly, whatever is using the identity may be simply a mirage while the identifier used remains solid.

What’s in a name? This article refers to identities. There are an astonishing number of synonyms for identity. All that really matters is that the identity is unique within the spatial and temporal bounds of its use. Name, key, pointer, file name, handle, check number, UPC, UUID (universally unique identifier), ASIN (Amazon Standard Identification Number), part number, model number, SKU (stock keeping unit), and more are unique either globally or within the scope of their use. It is the immutable nature of each identifier within the scope of its use that allows it to be the interstitial glue that holds computation together.