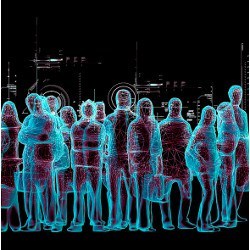 As we finalize this article November 11, 2018, and consider current and future directions for computing in Europe and across the globe, we remember the end of World War I exactly 100 years ago: the end to a war of atrocities at a scale previously unseen and the culmination of a series of events that European nations had allowed themselves to ‘sleepwalk’ into, with little thought for the consequences.

When this article appears in spring 2019, we will remember the first proposal for a new global information sharing system written by Tim Berners-Lee 30 years ago at CERN, the European organization for nuclear research. This proposal marked the beginning of the World Wide Web, which now pervades every facet of modern life for over four billion users. However, the Web 30 years on, is not the land of free information and discussion, or an egalitarian space that supports the interests of all, as originally imagined. Rather, egotisms, nationalisms, and fundamentalisms freewheel on a landscape that is increasingly dominated by powerful corporate actors, often silencing other voices, including democratically elected representatives.

For seven decades Europe has been a political and social project, seeking to integrate what has been divisive historically and to make citizens more equal. While the proponents of the Web were driven by similar values, there is now increasing concern in Europe—and beyond—that the Web has become a vehicle of disintegration, polarization, and exploitation. What is more, since the Web operates at a global scale, beyond nation-states and with little formal regulation, we lack both the understanding and the means to avoid sleepwalking into another catastrophe.

Web Science seeks to investigate, analyze, and intervene in the Web from a sociotechnical perspective, integrating our understanding of the mathematical properties, engineering principles, and the social processes that shape its past, present, and future. Over the past 10 years, Web Science has made remarkable progress, providing the building blocks to face the challenges described here. And yet there is more do to. In this article, we offer a more detailed definition of Web Science and outline its achievements to date. We consider how Web Science frames and addresses key sociotechnical challenges facing the Web now and for the near future, emphasizing the importance of this as new artificial intelligences start to shape the Web (and Web Science) in significant new directions. Arising from this, we outline some of the practical strategies Web Science is developing to integrate knowledge across disciplinary boundaries and build collaboration with Web stakeholders. Web Science equips us to understand the past and present of the Web and the skills and tools to shape a positive future.

AlgorithmWatch is a non-profit research and advocacy organisation to evaluate and shed light on algorithmic decision making processes that have a social relevance, meaning they are used either to predict or prescribe human action or to make decisions automatically.

Web We Want is an initiative of the World Wide Web Foundation, a global non-profit organisation founded by the inventor of the Web, Sir Tim Berners-Lee. The Web Foundation has hubs in Cape Town, Jakarta, London and Washington DC.