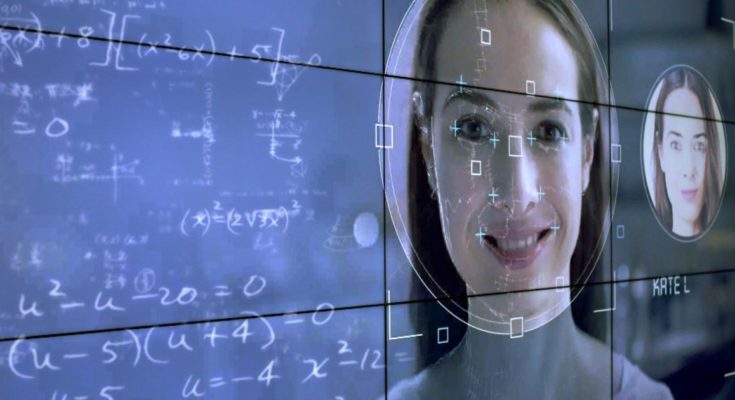 FRONTLINE investigates the promise and perils of artificial intelligence, from fears about work and privacy to rivalry between the U.S. and China. The documentary traces a new industrial revolution that will reshape and disrupt our lives, our jobs and our world, and allow the emergence of the surveillance society.

Watch the Documentary at PBS »

The Age of Surveillance Capitalism: The Fight for a Human Future at the New Frontier of Power 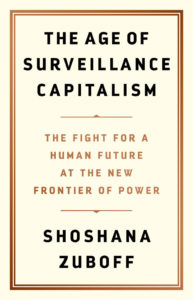 The challenges to humanity posed by the digital future, the first detailed examination of the unprecedented form of power called “surveillance capitalism,” and the quest by powerful corporations to predict and control our behavior.

In this masterwork of original thinking and research, Shoshana Zuboff provides startling insights into the phenomenon that she has named surveillance capitalism. The stakes could not be higher: a global architecture of behavior modification threatens human nature in the twenty-first century just as industrial capitalism disfigured the natural world in the twentieth.

Zuboff vividly brings to life the consequences as surveillance capitalism advances from Silicon Valley into every economic sector. Vast wealth and power are accumulated in ominous new “behavioral futures markets,” where predictions about our behavior are bought and sold, and the production of goods and services is subordinated to a new “means of behavioral modification.”

The threat has shifted from a totalitarian Big Brother state to a ubiquitous digital architecture: a “Big Other” operating in the interests of surveillance capital. Here is the crucible of an unprecedented form of power marked by extreme concentrations of knowledge and free from democratic oversight. Zuboff’s comprehensive and moving analysis lays bare the threats to twenty-first century society: a controlled “hive” of total connection that seduces with promises of total certainty for maximum profit–at the expense of democracy, freedom, and our human future.

With little resistance from law or society, surveillance capitalism is on the verge of dominating the social order and shaping the digital future–if we let it.

Shoshana Zuboff joined the Harvard Business School faculty in 1981. One of the first tenured women at the school, she was the Charles Edward Wilson Professor of Business Administration. In 2014 and 2015 she was a Faculty Associate at the Berkman Center for Internet and Society at Harvard Law School. Her career has been devoted to the study of the rise of the digital, its individual, organizational, and social consequences, and its relationship to the history and future of capitalism. She also founded and led the executive education program, Odyssey: School for the Second Half of Life.

Shoshana Zuboff has also been a frequent contributor to the Frankfurter Allgemeine Zeitung. Recent essays include “The Secrets of Surveillance Capitalism,” March 2016; “Disruption’s Tragic Flaw,” February 2015; “The Digital Declaration,” September 2014; “The Digital Economy: Human Factors,” July 2014; “Dark Google,” April 2014; “The New Weapons of Mass Detection,” February 2014; “Obama, Merkel, and the Bridge to an Information Civilization,” January 2014; and “Be the Friction: Our Response to the New Lords of the Ring,” June 2013.

From 2003 to 2005, Shoshana shared her ideas on the future of business and society in her popular monthly column “Evolving”, in the magazine Fast Company. From 2007 through 2009 she was a featured columnist for BusinessWeek.com. Her work has been showcased on CNBC, Reuters International, and the Today Show as well as in the BrandEins, Fortune, Inc., Business Week, U.S. News & World Report, CIO, The New York Times, The Financial Times, and many other news outlets. She has been heard on over 200 radio shows, including top coverage on NPR’s Marketplace, TechNation, Sound Money, Morning Edition, BBC, and the BBC World Service.

More about the author »

Dr. Kai-Fu Lee—one of the world’s most respected experts on AI and China—reveals that China has suddenly caught up to the US at an astonishingly rapid and unexpected pace.

In AI Superpowers, Kai-fu Lee argues powerfully that because of these unprecedented developments in AI, dramatic changes will be happening much sooner than many of us expected. Indeed, as the US-Sino AI competition begins to heat up, Lee urges the US and China to both accept and to embrace the great responsibilities that come with significant technological power. Most experts already say that AI will have a devastating impact on blue-collar jobs. But Lee predicts that Chinese and American AI will have a strong impact on white-collar jobs as well. Is universal basic income the solution? In Lee’s opinion, probably not. But he provides a clear description of which jobs will be affected and how soon, which jobs can be enhanced with AI, and most importantly, how we can provide solutions to some of the most profound changes in human history that are coming soon.

DR. KAI-FU LEE is the chairman and CEO of Sinovation Ventures, a leading technology-savvy investment firm focusing on developing the next generation of Chinese high-tech companies. Before founding Sinovation in 2009, Lee was the President of Google China. Previously he held executive positions at Microsoft, SGI, and Apple. Dr. Lee received his Bachelor’s degree in Computer Science from Columbia University, his Ph.D. from Carnegie Mellon University, and honorary doctorate degrees from the City University of Hong Kong and Carnegie Mellon. He is a Fellow of the Institute of Electrical and Electronics Engineers (IEEE). Selected as one of the 100 most influential people in the world by Time Magazine in 2013, he has authored ten U.S. patents and over a hundred journal and conference papers. He has written eight top-selling books in Chinese, and has more than 50 million followers on social media.

More about the book and author »