We believe that social scientists and computational social scientists have a pivotal role to play as intermediaries between engineers and humanities scholars in order to help them articulate the ethical principles and priorities that society wishes to embed into intelligent machines.

Robots and other artificial intelligence (AI) systems are transitioning from performing well-defined tasks in closed environments to becoming significant physical actors in the real world. No longer confined within the walls of factories, robots will permeate the urban environment, moving people and goods around, and performing tasks alongside humans. Perhaps the most striking example of this transition is the imminent rise of automated vehicles (AVs). AVs promise numerous social and economic advantages. They are expected to increase the efficiency of transportation, and free up millions of person-hours of productivity. Even more importantly, they promise to drastically reduce the number of deaths and injuries from traffic accidents. Indeed, AVs are arguably the first human-made artifact to make autonomous decisions with potential life-and-death consequences on a broad scale. This marks a qualitative shift in the consequences of design choices made by engineers.

First, intelligent machines are often black boxes: it can be unclear how exactly they process their input to arrive at a decision, even to those who actually programmed them in the first place.

Second, intelligent machines may be constantly learning and changing their perceptual capabilities or decision processes, outpacing human efforts at defining and regulating their negative externalities. Third, even when an intelligent machine is shown to have made biased decisions, it can be unclear whether the bias is due to its decision process or learned from the human behavior it has been trained on or interacted with.

All these factors make it especially challenging to regulate the negative externalities created by intelligent machines, and to turn them into moral machines. And if the ethics of machine behavior are not sorted out soon, it is likely that societal push-back will drastically slow down the adoption of intelligent machines—even when, like in the case of AVs, these machines promise widespread benefits.

Sorting out the ethics of intelligent machines will require a joint effort of engineers, who build the machines, and humanities scholars, who theorize about human values. The problem, though, is that these two communities are not used to talking to each other. Ethicists, legal scholars, and moral philosophers are well trained in diagnosing moral hazards and identifying violations of laws and norms, but they are typically not trained to frame their recommendations in a programmable way. In parallel, engineers are not always capable of communicating the expected behaviors of their systems in a language that ethicists and legal theorists use and understand. Another example is that while many ethicists may focus more on the normative aspect of moral decisions (that is, what we should do), most companies and their engineers may care more about the actual consumer behavior (what we actually do). These contrasting skills and priorities of the two communities make it difficult to establish a moral code for machines.

We believe that social scientists, and computational social scientists have a pivotal role to play as intermediaries between engineers and humanities scholars, in order to help them articulate the ethical principles and priorities that society wishes to embed into intelligent machines. This enterprise will require elicitation of social expectations and preferences with respect to machine-made decisions in high-stakes domains; to articulate these expectations and preferences in an operationalizable language; and to characterize quantitative methods that can help to communicate the ethical behavior of machines in an understandable way, in order for citizens—or regulatory agencies acting on their behalf—to examine this behavior against their ethical preferences. This process, which we call ‘Society in The Loop’ (SITL), will have to be iterative, and it may be painfully slow, but it will be necessary for reaching a dynamic consensus on the ethics of intelligent machines as their scope of usage and capabilities expands.

This article aims to provide a compelling case to the computer science (CS) community to pay more attention to the ethics of AVs, an interdisciplinary topic that includes the use of CS tools (crowdsourcing) to approach a societal issue that relates to CS (AVs). In so doing, we discuss the role of psychological experiments in informing the engineering and regulation of AVs, and we respond to major objections to both the Trolley Problem and crowdsourcing ethical opinions about that dilemma. We also describe our experience in building a public engagement tool called the Moral Machine, which asks people to make decisions about how an AV should behave in dramatic situations. This tool promoted public discussion about the moral values expected of AVs and allowed us to collect some 40 million decisions that provided a snapshot of current preferences about these values over the entire world.

Edmond Awad is a lecturer in the Department of Economics at the University of Exeter Business School, Exeter, U.K.

Azim Shariff is an associate professor at the University of British Columbia, Vancouver, Canada.

Iyad Rahwan is a director of the Center for Humans & Machines, Max-Planck Institute for Human Development, Berlin, Germany, and an associate professor at MIT Media Lab, Cambridge, MA, USA. 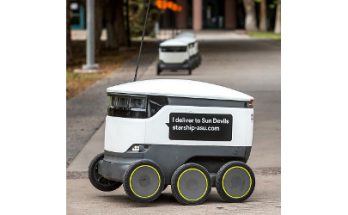