The vision of an open Internet is characteristic of Silicon Valley’s tech pioneers. The free and efficient flow of packets of bits requires decentralization to prevent bottlenecks occurring at the central points as the system scales, open standards to allow interoperability, and IP addresses to identify the correct destination. We take this system for granted, but one does not need a very long memory to recall a time when IT was dominated by proprietary protocols like AppleTalk or DECnet, and when one could not easily send an email message from AOL to Prodigy. Yet the Internet has not simply improved—it has evolved into an open system as a result of philosophical and political decisions, as well as technical ones.

In a recent Communications “Cerf’s Up” column, Vinton Cerf argued there is a fundamental division between the IP layer and the application layers of the Internet, which together function to keep the open Internet flowing, and what he called the “virtual political layer,” higher in the stack where the content is consumed and judged. At the lower levels, protocols such as TCP, SMTP, and HTTP ignore content, using only metadata such as payload types, timestamps, and email formats. Cerf worries that constraints imposed on information at the upper levels will have effects further down the stack.

We concur with Cerf’s assessment, but we must beware of concluding that values are only relevant to the upper levels where we worry about the social effects of processing information, while down below the Internet’s plumbing just gets collections of bits to the right place in the right order as efficiently as possible. Aiming for seamless interoperability, for example, is certainly important, but that should not be equated with being value neutral.

For those of a libertarian cast of mind, politics and engineering complement each other to create the Silicon Valley Open Internet. The free flow of information through the network supports and is supported by free speech and unrestricted association. However, if liberty is unrestricted, individually rational behavior may damage public goods. Efficient transfer of information is wonderful, unless the information is hate speech or a virus or sensitive personal data; it is already value-laden to suggest that we can meaningfully evaluate the efficiency of information flow independently of its content.

Different nations and organizations regulate and constrain where they can. In our recent paper for the Centre for International Governance Innovation, Four Internets: The Geopolitics of Internet Governance, we argue that some key geopolitical actors are projecting models of Internet governance, and consequently creating their own realities—alternative Internets to Silicon Valley’s.

This does not mean the Internet is (necessarily) fragmenting; we agree with Milton Mueller that ‘fragment’ is “the wrong word with which to approach this problem.” However, we are not as sanguine as he that the network effects and economic benefits of a seamlessly connected Internet “will continue to defeat … systematic deterioration of the global technical compatibility that the public Internet created.”

We also dissent from Mueller’s narrow focus on sovereignty; the actors we describe push back against the logic of the Open Internet with ideologically informed aspirations intended to provide models for the Internet as a whole, projecting ideals and foreign policy, not merely defending national sovereignty. Furthermore, on the multistakeholder governance model of the Internet, governments are not the only actors of importance; others include engineers and hackers, civil society, lawyers, business, and private individuals with political agendas.

The different models we describe in the Viewpoint all recognize the advantage of connection to the network. They can—indeed, do—co-exist in uneasy armistice, relying on those lower protocol levels to keep them connected, like a dysfunctional family sharing the family home. But they compete for influence to shape the Internet’s development, often at the relatively high level of institutions and regulation, but also at the lower levels. As a specific example of how technical issues influence and are influenced by the higher levels, the decision not to make IPv6 backward compatible with IPv4 has opened up new avenues of development and freedom for innovation that have removed constraints to many alternative approaches to Internet governance.

What are these alternative Internets?

The birth of the Internet within the U.S. military-industrial complex brought libertarians together in coalition with more hard-headed types. But this coalition is coming apart, and we are seeing a distinct and also largely American vision emerge in tension with Silicon Valley’s Open Internet, which we call the DC Commercial Internet. If we think of data and Internet resources as property, then on this view the walled gardens of the tech giants are legitimate creations of their owners, to exploit commercially as they think fit. Users find these gardens easy, useful, and attractive. There is an oligopoly of giant companies, but, as Schumpeter argued, near-monopolies should be tolerated if they produce innovation—which the tech behemoths certainly have.

The distinction is most clearly seen in the interminable arguments over Net neutrality. The First Amendment prevents the government from abridging free speech—but does that mean the government must therefore use its powers to promote free speech by preventing interference with the free flow of information by private actors? The Silicon Valley answer is ‘yes’, and Net neutrality follows. The response of the Supreme Court (which has remained consistent for some decades, as presidents have come and gone—hence our location of this ideology in Washington, DC), is ‘no’, and that, if a service provider wishes to censor the speech (that is, slow down the packets) of its users, the government cannot prevent it without abridging the provider’s free speech. On the DC Commercial Internet vision, Net neutrality should be determined by the contract between provider and user.

Kieron O’Hara is an associate professor in the department of Electronics and Computer Science at the University of Southampton, Southampton, England, U.K.

Wendy Hall is Regius Professor of Computer Science at the University of Southampton, Southampton, England, U.K. 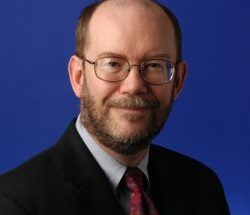 The Shifting World of Net Neutrality