It’s difficult to see the ecological impact of IT when its benefits are so blindingly bright.

There are significant material impacts from extracting, processing, maintaining, and ultimately disposing of the materials used to support information technology, as well as from producing the energy used both by the devices in operation, as well as in their production and disposal. Yet these material impacts are largely invisible and receive substantially less attention than discussions about the technical aspects and benefits of information technology. We use the term materiality to encompass all of these aspects and more—a comprehensive accounting of the ways in which information technology impinges on the physical world.

Consider as an example the Internet of Things (IoT). The number of IoT devices is growing rapidly, with projections by some analysts of 20 billion to 30 billion devices by year’s end. This sharp increase in the number of IoT devices, along with supporting infrastructure, will result in significant consumption of materials and energy and production of waste. Despite this, a recent U.S. Government Accountability Office report on IoT has only a brief mention (two paragraphs in a 70-page report) of the issue of electronic waste resulting from the increasing use of IoT technology, and nothing on the consumption of raw materials and energy. The top 10 results of an Internet search for “Internet of Things” shows a similar pattern: only two out of 10 of the results discussed any potential downsides with respect to materials, energy, and waste, and even within those two, there were five to 10 times more mentions of potential positives than negatives. And IoT is but one example among many.

Research, development, and uptake of computing and information technology has proceeded at an ever-accelerating rate, with only minimal consideration of material impacts, which might lead one to conclude that all is well. However, this great success carries with it an increasing negative material impact. At one time, such impacts could safely be absorbed in the Earth’s natural processes and ecosystems; but we are now in an era (sometimes aptly named the Anthropocene) in which the safe operating boundaries for many of these processes and ecosystems are being transgressed by human activity.

Information technology (IT) is a significant contributor to activities of these sorts. This is not to say that many of these activities are inappropriate—to the contrary, many are appropriate, and in some cases are making a positive contribution to limiting environmental impacts of human activities. What we are instead arguing is the material side is largely invisible. There are some important examples of grappling with issues around sustainability and the material side of IT, but by and large the result of this invisibility is that discussions and debates about its positive versus negative material impacts are often simply not occurring.

Why are these material impacts largely invisible? Is this simply a result of highlighting where most of the attention of technologists, business people, consumers, and others is focused, or are there structural forces that more actively push toward minimizing the visibility and consideration of these implications? We bring a broad and long-term view on human values and technology (value sensitive design) to these questions and suggest that in fact there are such forces, and they work together, reinforcing each other. Specifically, we call out five overarching categories of forces: disciplinary norms and practices of computer science, metaphor, utopian visions, visibility of hardware, and economics. Finally, we argue the computing and information community is uniquely positioned to respond to these challenges, both in substance and in public understanding, and explore what (if anything) might be done.

Sidebar: A Claim and Three Questions

The materiality of information technology is largely invisible.

[The article suggests reexamining metaphors. Figure 1 represents how the cloud is commonly portrayed whereas figure 2 offers a more realistic portrayal.]

Alan Borning is Professor Emeritus in the Paul G. Allen School of Computer Science and Engineering at the University of Washington, Seattle, WA, USA.

Batya Friedman is a professor in the Information School at the University of Washington, Seattle, WA, USA, where she directs the Value Sensitive Design Research Lab.

Nick Logler is a Ph.D. candidate in the Information School at University of Washington, Seattle, WA, USA. 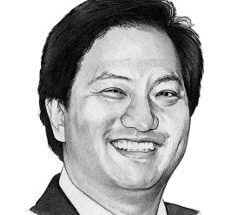