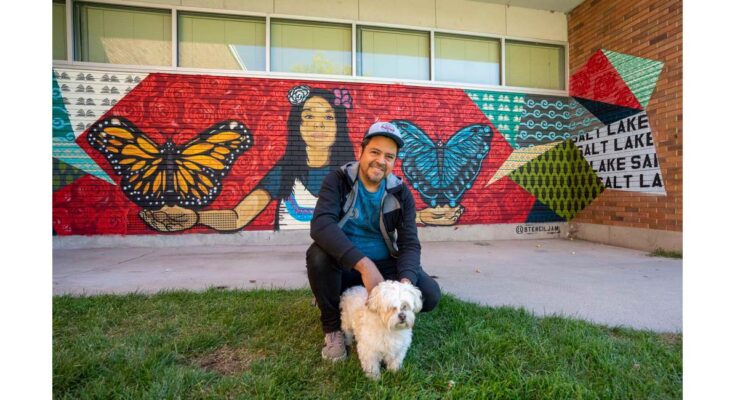 “10 local artists are telling community stories through murals. Here’s where to see them.”
The Salt Lake Tibune, October 6, 2021
The Mix
By Kaitlyn Bancroft

Walk by the Salt Lake Center for Science Education and you can’t help but notice the vibrant mural on one of its west-facing walls.

It depicts a young girl with a butterfly floating over each of her open hands. Around her are images of books, corn, water and roses.

The piece took about a week to create and is called “This Is How We Move,” said artist Jorge Arellano, and it’s about the local community’s strength.

“[It] represents the people of the neighborhood, how they work together as a community,” he said. “They move as one force.”

Arellano’s mural is one of 10 created by various artists in honor of Salt Lake’s rich diversity, said Kaitlin Eskelson, president and CEO of Visit Salt Lake.

The nonprofit corporation, which promotes Salt Lake as a convention and travel destination, partnered with Salt Lake County Mayor Jenny Wilson and the Utah Arts Alliance on the project, called the West of Conventional Mural Tour. (“West of Conventional” is Visit Salt Lake’s slogan, and Eskelson said it refers to how “we are a city full of juxtapositions. We’ve got urban-meets-mountain, we’ve got a very diverse population.”)

With help from the Utah Arts Alliance, local artists were selected from the communities they painted in, Eskelson said, who then helped them find meaningful sites for the artwork.

She said they chose to commission murals because they’re accessible to everyone and can be interpreted in a variety of ways.

“I just think [these murals] tell our story,” Eskelson said. “Everyone wants… to have a takeaway and an authentic experience. And I think that’s what murals do.”

She added that the public can participate in a free Mural Tour Pass opportunity by going to bit.ly/3AfxuPU, where they can check in as they visit each mural. When they’ve stopped at six of the 10 paintings, they can claim a “West of Conventional” t-shirt at the Visitor Information Center at 90 S. West Temple in Salt Lake (inside the Salt Palace Convention Center).

Artists and their mural locations are as follows. Note that not all murals are finished yet.

Editor’s note • 150 Things To Do is a reporting project and weekly newsletter made possible by the generous support of the Utah Office of Tourism. Sign up for the 150 Things newsletter here.

Kaitlyn Bancroft is a faith and education reporter at The Salt Lake Tribune. She’s previously written for The Spectrum, The Denver Post, The Daily Universe, Deseret News, Church News and the Davis County Clipper. She’s also a Utah native and a BYU graduate. 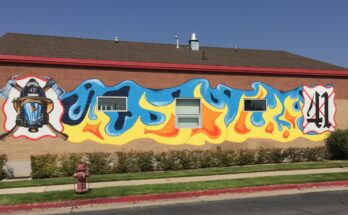