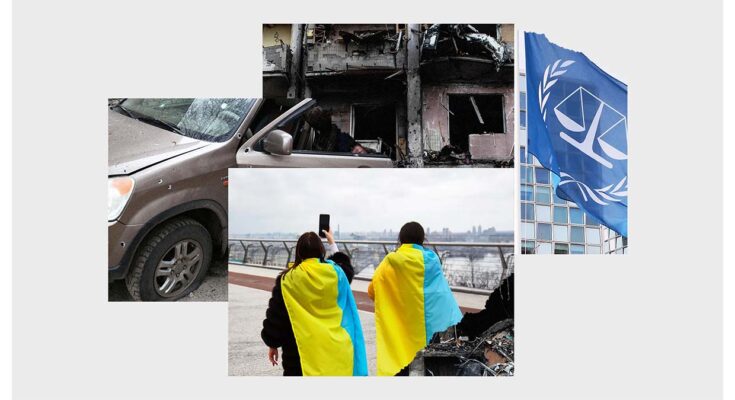 “What Russia Is Doing to Ukraine Must Be Preserved—Not Just Seen”
WIRED, March 3, 2022
Ideas
By Linda Kinstler

“Images of crimes against humanity are in danger of being lost. Fortunately, best practices exist, and the international community needs to implement them.”

On Monday, Karim A.A. Khan QC, prosecutor of the International Criminal Court (ICC) in The Hague, announced that the Office of the Prosecutor (OTP) was opening an investigation into alleged war crimes and crimes against humanity being committed in Ukraine. “I have already tasked my team to explore all evidence preservation opportunities,” he said in a statement, inviting anyone with relevant information to email it to his office.

The information necessary to the investigation—including photographs, videos, satellite images, and audio files of the conflict—can be emailed because it is largely composed of crowdsourced mobile data. On Instagram, Ukrainians post stories containing videos of bombed-out buildings and smoke rising from residential neighborhoods. On Telegram, a Kharkiv news channel shares images of murdered civilians in the center of the city, bleeding out onto the street, of gutted apartment buildings. On Twitter, videos of bombing victims in Kyiv circulate.

This circulation reflects the nature of contemporary warfare: We have seen these kinds of images make the rounds before, from Syria, Yemen, Libya, Afghanistan, Palestine, and elsewhere. On Tuesday, the UN International Court of Justice, also located in The Hague, followed Khan’s lead, announcing that next week it too would hold public hearings on allegations of genocide committed by the Russian Federation against Ukraine.

But the international community has not yet settled on a standardized approach that might ensure the preservation of this digital evidence. There is no widely used method to guarantee that when the perpetrators are tried—and they will be tried, in absentia or otherwise—the abundant documentation of their crimes will meet the evidentiary requirements of their courts. While many courts, including the ICC, have previously admitted user-generated evidence, there is an unprecedented volume of potentially relevant data coming out of Ukraine. As Rebecca Hamilton and Lindsay Freeman write for Just Security, “an eventual case from Ukraine would be one of the first, and certainly the most major, example of reliance on user-generated evidence by the OTP at trial, where the Court requires proof beyond a reasonable doubt (significantly higher standard than the “reasonable grounds to believe” standard required for the issuance of an arrest warrant).” Securing convictions will require unimpeachable, verifiable digital evidence. That means we need to start protecting these files now.

Linda Kinstler is a contributing writer for Wired.