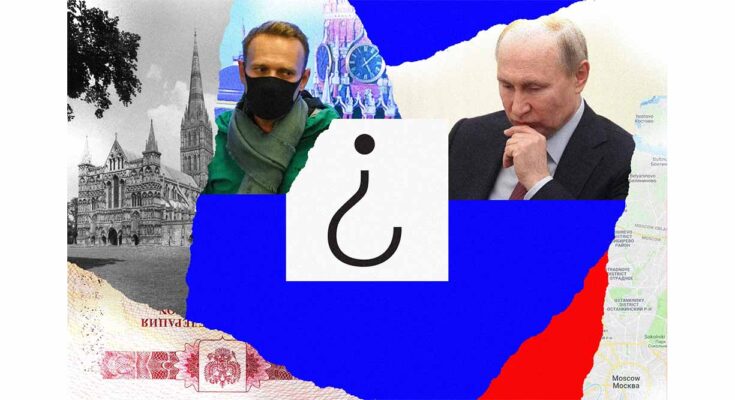 “From Sergei Skripal to Alexei Navalny, Russia’s attempts to silence its enemies have been forensically exposed. At the centre of these revelations has been investigative unit Bellingcat”

On September 13, 2018, I joined my Bellingcat colleagues on Slack to watch an interview that would kickstart one of our most extraordinary and bizarre investigations. Shortly after being identified as the two key suspects in the poisoning of the former Russian spy Sergei Skripal in Salisbury, the two Russians identified by British authorities were now on RT, speaking to its editor-in-chief Margarita Simonyan in a world exclusive interview.

The interview and subsequent investigations would ultimately, two years later, lead to the unravelling of the poisoning of Russian opposition figure Alexei Navalny by those with links to the Salisbury suspects.

The pair, who had travelled under the names ‘Alexander Petrov’ and ‘Ruslan Boshirov’, shared their tale with Simonyan. They were nothing more than innocent sports-nutrition salesmen, who had travelled to Salisbury to visit the cathedral, famous for, as they put it, its 123-metre spire.

The mood in the Bellingcat Slack could be described as somewhat cynical. Launched by myself in 2014, Bellingcat has become known for using online open source investigation to investigate a range of topics, from the downing of Malaysian Airlines Flight 17 in Eastern Ukraine, to investigations into war crimes in Syria. This had frequently exposed us to the lies, propaganda and disinformation presented by the Russian state and its media proxies, often targeting myself and Bellingcat as much as the topics we investigated, and this interview seemed no different.

It was not only the ridiculous story that raised our suspicions, but the fact we had already begun our own investigation into the background of the two Russian nationals. Even as they were telling their tale, our team had acquired documents that indicated that these men were in fact working for Russian intelligence organisations.

Details released by the UK authorities, along with information on the suspects’ flights back and forth from the UK around the time of the assassination attempt, allowed us to start digging into their identities. A day after the RT interview, we published our first investigation, using information gathered from a variety of unusual sources. In the past, Bellingcat had almost exclusively used online open source evidence – any information you can find freely online, from social media posts to satellite imagery on services such as Google Earth.

We discovered barely any trace of ‘Alexander Petrov’ and ‘Ruslan Boshirov’ anywhere online prior to their naming by British authorities. No details of the sports-nutrition company they worked for, no social media activity, no news articles, not even a stray photograph tagged by a friend or family member with their identity. They were, in effect, digital ghosts.

Prior to the RT interview, the Russian news site Fontanka reported that leaked passport data for Petrov and Boshirov showed their passport numbers were only three digits apart, an extremely unlikely possibility for two sports-nutrition salesmen. Their odd passport numbers and ghostly presence online seemed to indicate these two individuals were more than just humble salesmen with a passion for cathedrals.

Eliot Higgins is the founder of Bellingcat and author of We Are Bellingcat.