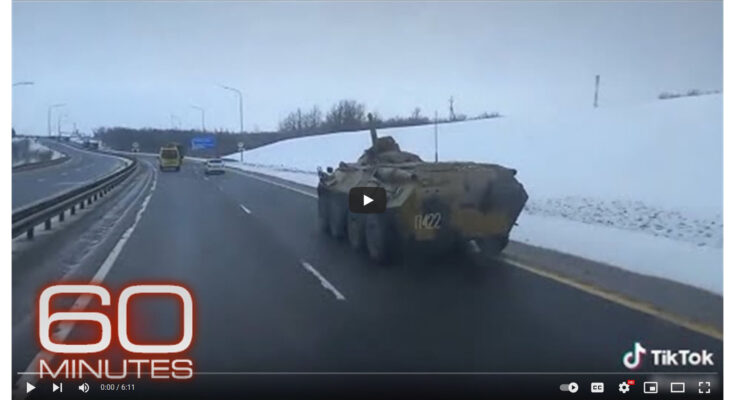 “How Bellingcat is using TikTok to investigate the war in Ukraine”
60 Minutes Overtime, May 15, 2022
Bellingcat, Ukraine, Russia
By Henry Schuster

The data detectives at Bellingcat showed 60 Minutes how social media is providing evidence of alleged Russian war crimes and other atrocities.

“60 Minutes” is the most successful television broadcast in history. Offering hard-hitting investigative reports, interviews, feature segments and profiles of people in the news, the broadcast began in 1968 and is still a hit, over 50 seasons later, regularly making Nielsen’s Top 10.