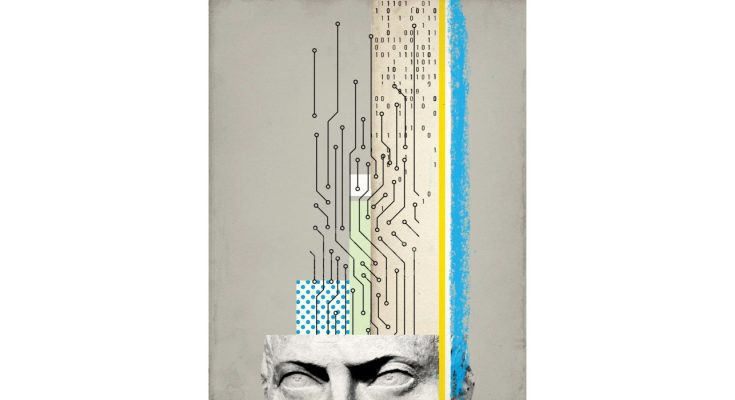 “How AI is reinventing what computers are”
MIT Technology Review, October 22, 2021
Artificial Intelligence
by Will Douglas Heaven

“Three key ways artificial intelligence is changing what it means to compute.”

Fall 2021: the season of pumpkins, pecan pies, and peachy new phones. Every year, right on cue, Apple, Samsung, Google, and others drop their latest releases. These fixtures in the consumer tech calendar no longer inspire the surprise and wonder of those heady early days. But behind all the marketing glitz, there’s something remarkable going on.

Google’s latest offering, the Pixel 6, is the first phone to have a separate chip dedicated to AI that sits alongside its standard processor. And the chip that runs the iPhone has for the last couple of years contained what Apple calls a “neural engine,” also dedicated to AI. Both chips are better suited to the types of computations involved in training and running machine-learning models on our devices, such as the AI that powers your camera. Almost without our noticing, AI has become part of our day-to-day lives. And it’s changing how we think about computing.

What does that mean? Well, computers haven’t changed much in 40 or 50 years. They’re smaller and faster, but they’re still boxes with processors that run instructions from humans. AI changes that on at least three fronts: how computers are made, how they’re programmed, and how they’re used. Ultimately, it will change what they are for.

“The core of computing is changing from number-crunching to decision-­making,” says Pradeep Dubey, director of the parallel computing lab at Intel. Or, as MIT CSAIL director Daniela Rus puts it, AI is freeing computers from their boxes.

Will Douglas Heaven is the senior editor for AI at MIT Technology Review, where he covers new research, emerging trends and the people behind them. Previously, he was founding editor at the BBC tech-meets-geopolitics website Future Now and chief technology editor at New Scientist magazine. Will has a PhD in computer science from Imperial College London and knows what it’s like to work with robots.