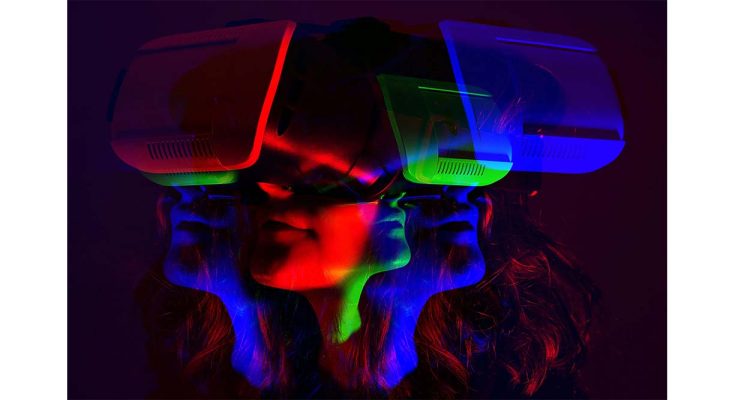 “What Is the Metaverse, Exactly?”
WIRED, April 25, 2022
Culture
By Eric Ravenscraft

To hear tech CEOs like Mark Zuckerberg or Satya Nadella talk about it, the metaverse is the future of the internet. Or it’s a video game. Or maybe it’s a deeply uncomfortable, worse version of Zoom? It’s hard to say.

It’s been nearly six months since Facebook announced it was rebranding to Meta and would focus its future on the upcoming “metaverse.” In the time since, what that term means hasn’t gotten any clearer. Meta is building a VR social platform, Roblox is facilitating user-generated video games, and some companies are offering up little more than broken game worlds that happen to have NFTs attached.

Advocates from niche startups to tech giants have argued that this lack of coherence is because the metaverse is still being built, and it’s too new to define what it means. The internet existed in the 1970s, for example, but not every idea of what that would eventually look like was true.

On the other hand, there’s a lot of marketing hype (and money) wrapped up in selling the idea of “the metaverse.” Facebook, in particular, is in an especially vulnerable place after Apple’s move to limit ad tracking hit the company’s bottom line. It’s impossible to separate Facebook’s vision of a future in which everyone has a digital wardrobe to swipe through from the fact that Facebook really wants to make money selling virtual clothes. But Facebook isn’t the only company that stands to financially benefit from metaverse hype.

So, with all that in mind …

Seriously, What Does “Metaverse” Mean?

To help you get a sense of how vague and complex a term “the metaverse” can be, here’s an exercise: Mentally replace the phrase “the metaverse” in a sentence with “cyberspace.” Ninety percent of the time, the meaning won’t substantially change. That’s because the term doesn’t really refer to any one specific type of technology, but rather a broad (and often speculative) shift in how we interact with technology. And it’s entirely possible that the term itself will eventually become just as antiquated, even as the specific technology it once described becomes commonplace.

Broadly speaking, the technologies companies refer to when they talk about “the metaverse” can include virtual reality—characterized by persistent virtual worlds that continue to exist even when you’re not playing—as well as augmented reality that combines aspects of the digital and physical worlds. However, it doesn’t require that those spaces be exclusively accessed via VR or AR. Virtual worlds—such as aspects of Fortnite that can be accessed through PCs, game consoles, and even phones—have started referring to themselves as “the metaverse.”

Many companies that have hopped on board the metaverse bandwagon also envision some sort of new digital economy, where users can create, buy, and sell goods. In the more idealistic visions of the metaverse, it’s interoperable, allowing you to take virtual items like clothes or cars from one platform to another, though this is harder than it sounds. While some advocates claim new technologies like NFTs can enable portable digital assets, this simply isn’t true, and bringing items from one video game or virtual world to another is an enormously complex task that no one company can solve.

It’s difficult to parse what all this means because when you hear descriptions like those above, an understandable response is, “Wait, doesn’t that exist already?” World of Warcraft, for example, is a persistent virtual world where players can buy and sell goods. Fortnite has virtual experiences like concerts and an exhibit where Rick Sanchez can learn about MLK Jr. You can strap on an Oculus headset and be in your own personal virtual home. Is that really what “the metaverse” means? Just some new kinds of video games?

Well, yes and no. Saying that Fortnite is “the metaverse” would be a bit like saying Google is “the internet.” Even if you spend large chunks of time in Fortnite, socializing, buying things, learning, and playing games, that doesn’t necessarily mean it encompasses the entire scope of what people and companies mean when they say “the metaverse.” Just as Google, which builds parts of the internet—from physical data centers to security layers—isn’t the entire internet.

Eric Ravenscraft is a product writer and reviewer at WIRED, based in Austin, Texas. He’s guided readers on how to use technology for nearly a decade for publications including Lifehacker, OneZero, and The New York Times. He also streams on Twitch for WIRED occasionally and can be found on YouTube as Lord Ravenscraft.