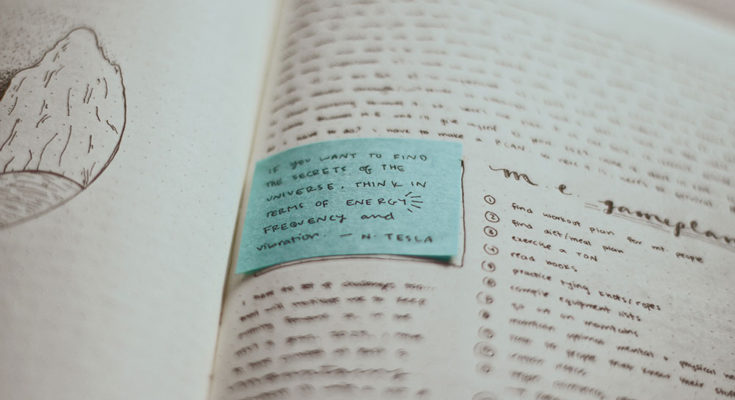 Artificial intelligence (AI) is a broad term with no single authoritative definition — and frequently, people mean different things when they use it.

The term AI is often imprecise. AI is sometimes used interchangeably with machine learning, but the two terms are not identical. Machine learning is one promising set of techniques used to develop AI, but others exist. We disambiguate machine learning and AI more fully below. [See sections below on Deep Learning, Machine Learning and Neural Networks from CSET Glossary.]

AI is also a moving target. The “AI effect” is a paradox in which problems thought to require AI, once largely solved, are no longer seen as requiring “intelligence.” This dynamic further contributes to ambiguity around the definition of AI. [CSET Glossary]

Neural networks (also known as artificial neural networks or neural nets) are one common type of machine learning algorithm. They were loosely inspired by aspects of biological brains. In the brain, signals cascade between neurons; similarly, a neural net is organized as layers of nodes that can send signals of varying strengths based on the inputs they receive. Analogous to human learning, training a neural network involves adjusting how and when the nodes in different layers activate.

Deep learning is a subfield of machine learning that has proven particularly promising over the last decade or so and is responsible for many of the well-known developments in artificial intelligence such as in computer vision and autonomous vehicles.

Deep learning has shown promise in a wide range of areas including image recognition, natural language processing, photo generation, game play, robotics, self-driving cars, drug discovery and music generation. For example, in image recognition, earlier layers (those toward the beginning of the process) may identify shapes, edges and other abstract features. Later layers may identify how those shapes come together to form ears, noses and other facial features. [CSET Glossary]

Machine learning is a set of techniques by which a computer system learns how to perform a task through recognizing patterns in data and inferring decision rules, rather than through explicit instructions. Machine learning also refers to the subfield of computer science and statistics studying how to advance those techniques.

Machine learning has led to most of the recent advances in artificial intelligence. These advances have been incorporated into systems used by millions of people every day, such as Google’s search and translate tools, Amazon’s digital assistant Alexa and Netflix’s movie recommendation algorithm. It also includes specialized systems such as AlphaGo, text generators like BERT and GPT-2 and game-playing systems like OpenAI Five, AlphaStar and poker-playing Pluribus.

The essence of machine learning is a system recognizing patterns of relationships between inputs and outputs. For example, the U.S. Postal Service used machine learning to train a system to recognize handwritten zip codes on mail. The system was fed images of handwritten examples paired with the corresponding numbers as typed by humans, so it learned to identify what features were common in handwritten digits and how they varied. Once trained, the system could correctly identify previously unseen examples of handwritten digits.

Not all computing is machine learning and not all artificial intelligence systems that use computing use machine learning. Many computer programs, including most commonly used software, use rule-based systems where programmers set the actions the system should take. However, machine learning is useful for applications where it is difficult for human designers to specify the correct actions to take. For example, IBM’s Deep Blue used a rule-based, exhaustive-search approach to beat the world chess champion. Deep Blue is therefore an example of an AI system not based on machine learning. On the other hand, DeepMind used machine learning to create AlphaGo, an AI system capable of out-performing humans in Go. While it is theoretically possible to solve Go with rule-based algorithms, the search space is so large that winning against a human would have been impossible. Machine learning allowed AlphaGo to infer strategies not yet discovered by humans, leading it to beat the world champion. [CSET Glossary]

Deep learning is a statistical technique that uses neural networks composed of multiple hidden layers of nodes and typically trained on large amounts of data to capture patterns and relationships in data.

Neural networks (also known as artificial neural networks or neural nets) are one common type of machine learning algorithm. They were loosely inspired by aspects of biological brains. In the brain, signals cascade between neurons; similarly, a neural net is organized as layers of nodes that can send signals of varying strengths based on the inputs they receive. Analogous to human learning, training a neural network involves adjusting how and when the nodes in different layers activate.

Surveillance is the monitoring of behavior, activities, or information for the purpose of information gathering, influencing, managing or directing. This can include observation from a distance by means of electronic equipment, such as closed-circuit television (CCTV), or interception of electronically transmitted information, such as Internet traffic. It can also include simple technical methods, such as human intelligence gathering and postal interception. Synonym: Observation (example: this room is guarded by twenty-four hour observation). Surveillance is used by governments for intelligence gathering, prevention of crime, the protection of a process, person, group or object, or the investigation of crime. It is also used by criminal organizations to plan and commit crimes, and by businesses to gather intelligence on their competitors, suppliers or customers. Religious organisations charged with detecting heresy and heterodoxy may also carry out surveillance. Auditors carry out a form of surveillance.

Surveillance can be used by governments to unjustifiably violate people’s privacy and is often criticized by civil liberties activists. Liberal democracies may have laws that seek to restrict governmental and private use of surveillance, whereas authoritarian governments seldom have any domestic restrictions. International espionage seems to be common among all types of countries.

Mass surveillance is the intricate surveillance of an entire or a substantial fraction of a population in order to monitor that group of citizens.[1] The surveillance is often carried out by local and federal governments or governmental organisations, such as organizations like the NSA and the FBI, but it may also be carried out by corporations (either on behalf of governments or at their own initiative). Depending on each nation’s laws and judicial systems, the legality of and the permission required to engage in mass surveillance varies. It is the single most indicative distinguishing trait of totalitarian regimes. It is also often distinguished from targeted surveillance.

Increased data collection may have various advantages for individuals and society such as self-optimization (Quantified Self), societal optimizations (such as by smart cities) and optimized services (including various web applications). However, collecting and processing data in the context of capitalism’s core profit-making motive might present a danger to human liberty, autonomy and wellbeing. Capitalism has become focused on expanding the proportion of social life that is open to data collection and data processing. This may come with significant implications for vulnerability and control of society as well as for privacy.

The term as used in Internet Salmagundi is as coined by and described by Shoshana Zuboff in her book Surveillance Capitalism. (The Wikipedia definition is a handy encapsulation of Zuboff’s book for my purposes here.)

No, this is not yet a complete listing of all terms used in this website, although from time to time I’ll make more progress to that end. For now I’m just aiming for the big-ones. More to come…

Resources: Dictionaries, Glossaries and Other Lexicographies

If you are interested, I suggest the following as good general resources:

You can also reference these more specialized resources: