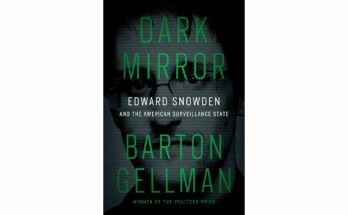 Edward Snowden touched off a global debate in 2013 when he gave Barton Gellman, Laura Poitras and Glenn Greenwald each a vast and explosive archive of highly classified files revealing the extent of the American government’s access to our every communication. They shared the Pulitzer Prize that year for public service. For Gellman, who never stopped reporting, that was only the beginning.