“As cameras pervade our lives, a defining question is how to design technologies that can protect proprietary information and respect the privacy preferences of individuals.”

The ubiquity of mobile camera devices has been triggering an outcry of privacy concerns, whereas existing privacy protection solutions still rely on the cooperation of the photographer or camera hardware, which can hardly be enforced in practice. In this paper, we introduce LiShield, which automatically protects a physical scene against photographing, by illuminating it with smart LEDs flickering in specialized waveforms. We use a model-driven approach to optimize the waveform design, so as to ensure protection against the (uncontrollable) cameras and potential image-processing-based attacks. We have also designed mechanisms to unblock authorized cameras and enable graceful degradation under strong ambient light interference. Our prototype implementation and experiments show that LiShield can effectively destroy unauthorized capturing while maintaining robustness against potential attacks.

Cameras are now pervasive on consumer mobile devices, such as smartphones, tablets, drones, smart glasses, first-person recorders, etc. The ubiquity of these cameras, paired with pervasive wireless access, is creating a new wave of visual sensing applications, for example, autonomous photograph, quantified-self (life-logging), photo-sharing social networks, physical analytics in retail stores, and augmented reality applications that navigate users across unknown environment. Zooming into the photo-sharing application alone, statistics report that 350 million photos/videos are uploaded to Facebook every day, majority of which are from mobile users. Many of these applications automatically upload batches of images/videos online, with a simple one-time permission from the user. Although these technologies bring significant convenience to individuals, they also trigger an outcry of privacy concerns.

Privacy is ultimately a subjective matter and often varies with context. Yet, many of the privacy-sensitive scenes occur in indoor environment and are bound to specific locations. For example, recent user studies showed that people’s acceptability of being recorded by augmented reality glasses has a strong correlation with location. User studies of life-logging cameras also indicate that 70.2% of the cases when the user disables capturing are associated with specific locations. In numerous real-world scenarios, cameras are forbidden, for example, concerts, theaters, museums, trade shows, hospitals, dressing rooms and exam rooms, manufacturing plants, etc. However, visual privacy protection in such passive physical spaces still heavily relies on rudimentary approaches like warning signs and human monitors, and there is no way to automatically enforce the requirements. In personal visual sensing applications like life-logging, even if a user were to disable the camera in private space, malware could perform remote reconnaissance and target visual theft by hijacking the victim’s camera.

In this paper, we propose LiShield, a system that deters photographing of sensitive indoor physical space and automatically enforces location-bound visual privacy protection. LiShield protects the physical scenes against undesired recording without requiring user intervention and without disrupting the human visual perception. Our key idea is to illuminate the environment using smart LEDs, which are intensity-modulated following specialized waveforms. We design the waveform in such a way that its modulation pattern is imperceptible by human eyes but can interfere with the image sensors on mobile camera devices. 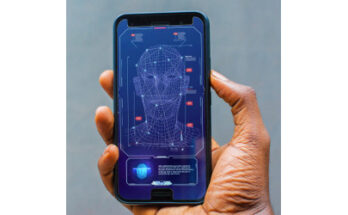