“An Interview with Leonard Kleinrock”
Communications of the ACM, November 2019, Vol. 62 No. 11, Pages 31-36
Interview
By George Varghese

“Being surrounded by computers at MIT and at Lincoln Lab, it seemed inevitable to me they would eventually need to communicate with each other.”

Leonard Kleinrock, developer of the mathematical theory behind packet switching, has the unique distinction of having supervised the transmission of the first message between two computers. As a doctoral student at MIT in the early 1960s, Kleinrock extended the mathematical discipline of queuing theory to networks, providing a mathematical description of packet switching, in which a data stream is packetized by breaking it into a sequence of fixed-length segments (packets). ACM Fellow Kleinrock has received many awards for his work, including the National Medal of Science, the highest honor for achievement in science bestowed by a U.S. president.

UCLA Professor and ACM Fellow George Varghese conducted a wide-ranging interview of Kleinrock, an edited version of which appears here.

GEORGE VARGHESE: Do you remember any epiphany as a boy that led you toward communication?

LEONARD KLEINROCK: I remember early in elementary school reading a Superman comic whose centerfold showed how to build a crystal radio out of household items that one could find on the street: a razor blade, some pencil lead, a toilet paper roll, and an earphone (which I stole from the telephone booth in the candy store down the street). I also needed a variable capacitor and had no clue what that was, but my mother, bless her heart, took me to a store in the electronics section of New York City, namely, Canal Street. The clerk helped me select the right part. Oh, the magic of listening to music from my newly built radio; and it required no battery or power at all. After that, I kept cannibalizing old radios and used the parts to design new radios that I put together. My mother never got in my way and allowed me a place behind our sofa to make a mess and to do my tinkering.

While we think of the Internet today to send email and support social networks, the motivation then was to share the expensive computers ARPA was funding.

I fear the power of the Internet is being lost.

What concerns you about the Internet?

I am concerned about the Balkanization of the Internet as nation-states cut off and censor Internet traffic and corporations create closed enclaves. I fear the power of the Internet is being lost. I realize this is partly because of security concerns but am confident about advanced technology developments that can ameliorate these concerns.

You have had a remarkable career of academic excellence (network performance evaluation clearly begun with your thesis and your later work with your UCLA students), real-world impact (you were heavily involved in the evolution of the Internet including helping write the famous Gore proposal), and entrepreneurship (you have started several companies including Linkabit (with Jacobs and Viterbi, which later led to Qualcomm) and Nomadix (an early mobile wireless company). What advice do you have for ACM members?

First, think deeply about the results of your work. It is not enough to evaluate your ideas. You need to keep thinking about them to distill principles before moving on to the next big thing. Second, try to bounce ideas among brilliant people. I have had the fortune of doing so with folks like Shannon, Sutherland, and colleagues like Gerald Estrin at UCLA. Third, aspire like Shannon to combine physical intuition with mathematical analysis. While I have done a fair amount of mathematical work, I am an engineer at heart. My early building of a crystal radio remains a watershed event in my life. 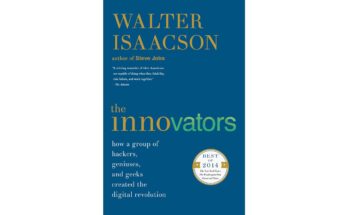 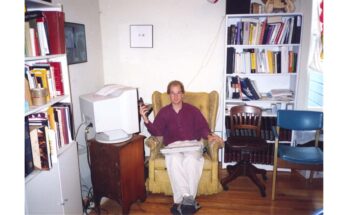 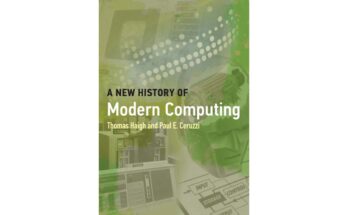