“Trust is complicated. Blockchain technology does eliminate specific, narrow reliances on trust, but it also requires new assumptions that might be better or worse for specific use cases.”

In 2008, an author using the pseudonym Satoshi Nakamoto wrote a white paper describing Bitcoin, a new decentralized cryptocurrency. Unlike past attempts at forming a cryptocurrency attempts that relied on preestablished trusted entities for the system to operate correctly Bitcoin’s design runs on the open Internet, with no one in charge, while maintaining tight security. While the building blocks of Bitcoin were not novel, the composition of these properties into a single system was a meaningful contribution,9 and Bitcoin became the first cryptocurrency to achieve widespread attention.

In response to Bitcoin’s success, the technology was quickly dissected to understand how it works and what is new about it. Its most innovative component has been labeled blockchain technology, a decentralized mechanism for participants to agree upon data and computation.

Technology news commonly leaves the cheery impression that blockchain technology reduces or even completely eliminates the need for trust. The use cases of such an innovation stretch the imagination. Occasionally, there is a contrarian take.

The truth is, trust is complicated. Blockchain technology does eliminate specific, narrow reliances on trust, but it also requires new assumptions that might be better or worse for specific use cases. Thus, there are not many single-sentence talking points that will be accurate about blockchain technology’s efficiency, security, cost, and so on.

It is clear this technology requires a more nuanced discussion. Business executives, government leaders, investors, and researchers frequently ask the following three questions: What exactly is blockchain technology? What capabilities does it provide? What are good applications?

Scott Ruoti is an assistant professor in the electrical engineering and computer science department at the University of Tennessee in Knoxville. His research includes using blockchain technology to build and secure noncryptocurrency systems, improving the security and accessibility of password managers and two-factor authentication, and helping software developers create secure software.

Ben Kaiser is a Ph.D. student in the Center for Information Technology Policy at Princeton University, Princeton, NJ. He previously worked on applied cryptography as a staff researcher at MIT Lincoln Laboratory and now focuses on issues surrounding disinformation and online speech.

Arkady Yerukhimovich is an assistant professor of computer science at George Washington University. Previously, he was a research staff member at the MIT Lincoln Laboratory. His recent research is focused on developing cryptographic protocols for secure computation and database search.

Jeremy Clark is an associate professor at the Concordia Institute for Information Systems Engineering in Montreal, Canada, where he holds the NSERC/RCGT/Catallaxy Industrial Research Chair in Blockchain Technologies. He collaborates regularly with government agencies and municipalities on voting and blockchain technologies.

Robert Cunningham is Associate Director for Cyber Assurance in the CERT division of the Software Engineering Institute, and an adjunct professor of cybersecurity at Carnegie Mellon University. Previously, he led a series of computer security groups at MIT Lincoln Laboratory. He regularly briefs the U.S. Government on technical matters related to computer security.

The majority of this work was completed while the authors (other than Jeremy Clark) were working at MIT Lincoln Laboratory. 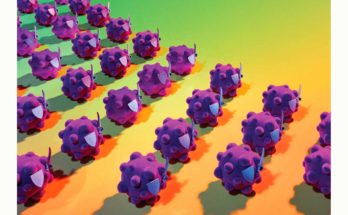 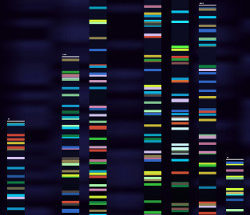 Access Controls and Healthcare Records: Who Owns the Data?