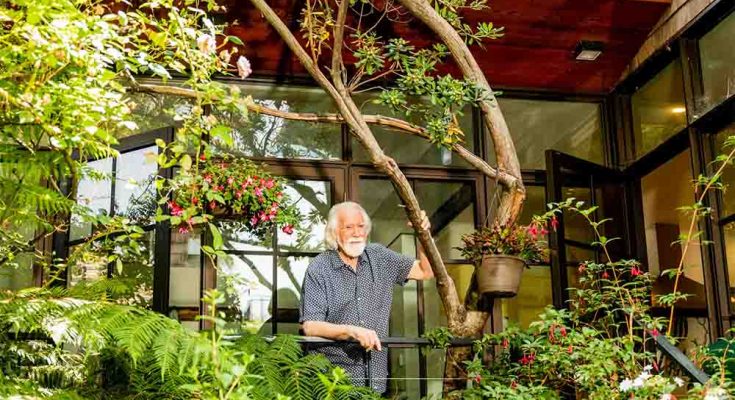 “Meet the Little-Known Genius Who Helped Make Pixar Possible”
Print Title: “To the Pixel and Beyond”
WIRED, Aug 31, 2021
Backchannel
By Steven Levy

“Alvy Ray Smith helped invent computer animation as we know it—then got royally shafted by Steve Jobs. Now he’s got a vision for where the pixel will take us next.”

In 2007 a new documentary called The Pixar Story screened at the Mill Valley Film Festival. It covered the wild antics of the studio’s founders as they crafted a new kind of movie—a fully computer-animated picture bursting with riotous colors and textures, ultra-­vivid characters, and plotlines subversively seeded with mind-expanding wisdom. During a panel discussion afterward, the interviewer asked a provocative question. “This might be crazy,” she began, “but is there any connection between the world of the counterculture and psychedelics, and Pixar?”

The panelists on stage—Ed Catmull and John Lasseter, both central to Pixar’s development—fell into an uncomfortable silence. Drugs and the counterculture are edgy subjects for employees of a Disney division beloved by generations of children. Finally, Lasseter said, “Is Alvy Ray Smith in the audience?”

If Smith, the bearded, boisterous Pixar cofounder, had gotten a chance to answer the question, he would have freely admitted that LSD helped set his creative direction, which in turn shaped both Pixar’s culture and its technology. He left the company just as it began making actual films, but every frame of those films owes something to Smith. He helped unleash the breakthroughs that allowed for movies to be generated entirely by code and algorithms. And in his work before and after Pixar, he made immense contributions to the first digital paint software, coding up features that transformed our ability to manipulate images.

But Smith’s presence in the back of the auditorium—and not on the stage—spoke to something else: the dissonance between his contributions and his fame. He’s a unique figure in both computer science and entertainment, bridging the eras of primitive line graphics on blinking oscillators and immersive virtual worlds made of dazzling computer imagery. All while, as Lasseter implied, injecting the ’60s Weltanschauung into everything he touched, much of which touches us still. Yet, despite a healthy ego and a raconteur’s élan, after Lasseter’s callout—and some laughter in the room—Smith stayed in his seat and said nothing.

Call it restraint. “As far as history goes, I feel like he got shafted, both in Pixar history and in computer graphics history in general,” says Pam Kerwin, a former Pixar colleague. “Everything that you currently use in Photoshop right now basically came from Alvy.” Even self-­driving cars and augmented reality, “which are all about image processing, machine vision … Alvy and his colleagues brought all that stuff into the world.”

But the 77-year-old’s mark is not limited to the past, and the world still has to do some catching up to him. This summer he finally stepped out, publishing A Biography of the Pixel, in which he lays out a grand unified theory of digital expression. Pixel is a deep and challenging tome in the spirit of Douglas Hofstadter’s Gödel, Escher, Bach: An Eternal Golden Br­aid, a winding tale of science, heroes, and tyrants, all leading to the moment, sometime around the beginning of our current century, when a long-­predicted digital convergence coalesced. Almost all expression—visual, textual, audio, video, you name it—has moved to the machine world, which, perhaps counter­intuitively, is no less real than our physical reality. And that is not a metaphorical equivalence. It is, Smith argues, literal.

He calls this second reality Digital Light, and it’s pretty much what all of us look at and listen to when we’re not in the middle of a forest. He didn’t coin the term—it was first uttered about a decade ago by a conference organizer who asked him to give a talk with that title. “It was a term that’s everything I wanted it to be,” he says, covering “all these different aspects of what people do with pixels.”

Digital Light, as he documents, emerged into the world through a long and twisted scientific process; it’s a picaresque tale with unexpected protagonists—Jean-Baptiste Joseph Fourier, Vladimir Kotelnikov, Alan Turing—whose lives he exhumes with the passion of an obsessive genealogist. Putting together their contributions on the nature of light, sampling, and computation, Smith makes a convincing case that there’s no difference between analog and digital reality. It’s a belief that he’s held for decades. Barbara Robertson, a computer graphics journalist, remembers sitting with him at a café and hearing him say, after a contemplative silence, “You, know, everything is just waves.”

Oh, and the subject of this biography, the pixel, is not what we generally think it is. Forget your misguided belief that a pixel is one of those tiny squares on your screen. Smith explains that the pixel is the product of a two-part process in which an element of some consciously created content is presented on some sort of display. Friends, you are not looking at pixels on your screen but the expression of those pixels. What you see is Digital Light. The pixel itself? That’s just an idea. Once you get this distinction, it’s clear that Digital Light is not a second-class reality. In the 21st century, it’s equal. “Just the simple idea of separating pixels from display elements is going to seem revolutionary to people who don’t understand the technology,” Robertson says.

This history of computer graphics is very much a shadow autobiography, which Smith launches at almost exactly the midpoint of the 560-page volume. He re-creates a scene where the famed sitar player Ravi Shankar visits Smith’s lab at Lucasfilm and is enchanted by the blooming of an algorithmically generated flower. “Allllllllvyyyyy!” Shankar cries in appreciation. From that moment, Smith appears as an unforgettable figure in the pixel’s saga, and he brings in the people who shaped him and almost killed him—Steve Jobs, George Lucas, and an obscure would-be animation pioneer named Alex Schure. As a participant in this revolution, Smith takes us to the turn of the new century, when we reach the precipice of digital convergence.

It took Alvy Ray Smith 10 years to produce the book. Or maybe 50. It depends on whether you date the work from the time he began writing it or just living it.

Steven Levy covers the gamut of tech subjects for WIRED, in print and online, and has been contributing to the magazine since its inception. His newest column, Plaintext, will soon only be available to subscribers; sign up here. He has been writing about technology for more than 30 years, writing columns for Rolling Stone and Macworld, leading technology coverage for Newsweek, and cocreating a tech publication, Backchannel, on Medium. (Backchannel was integrated into WIRED in 2017.) He has written seven books, including Hackers, Crypto, Artificial Life, Insanely Great (a history of the Macintosh), and, most recently, In the Plex, the definitive story of Google. He attended Temple University and has a master’s degree in literature from Penn State. He works from the New York office.