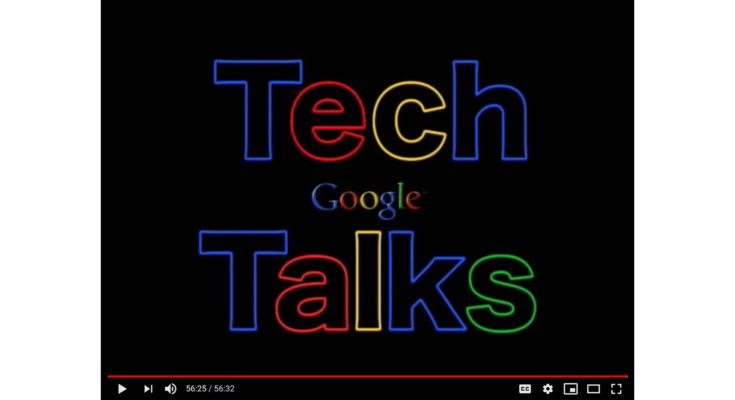 Note: These are two versions of essentially the same talk by Steve Blank. The first is from the Computer History Museum while the second is from Google Tech Talks. Chronologically they are separated by about 1 year, so the first could be seen as his more refined version…

Premise of “The Secret History of Silicon Valley” is that WWII was the First Electronic War and it was the wartime urgency combined with required secrecy to create systems to counter the threat of Nazi Germany that primarily lead to the development of what is known today as Silicon Valley. The point being that popular culture and history does not include this aspect in the history of Silicon Valley, but it is nonetheless important to know this history. Further, the projects that Mr. Blank outlines were conducted in plain sight.

“Silicon Valley entrepreneur Steve Blank will talk about how World War II set the stage for the creation and explosive growth of Silicon Valley, and the role of Frederick Terman and Stanford in working with government agencies (including the CIA and the National Security Agency) to set up companies in this area that sparked the creation of hundreds of other enterprises. Steve Blank spent nearly 30 years as founder and executive of high tech companies in Silicon Valley, most recently the enterprise software firm E.piphany. He has been involved in or co-founded eight Silicon Valley startups, ranging from semiconductors to video games, and personal computers to supercomputers. He teaches entrepreneurship at U.C. Berkeley’s Haas School of Business, Columbia University and Stanford’s Graduate School of Engineering.”

What does WWII have to do with Silicon Valley? Development of electronic warfare. Genesis of the Harvard Radio Research Lab which was the code name for US countermeasures during WWII.

Who ran this secret lab becoming the father of electronic warfare? Fredrick Terman of Stanford Univ. known as the Father of Silicon Valley, but was also the Father of Electronic Warfare. He is the one who encouraged his students William Hewlett and David Packard to start a company (Hewlett Packard).

So, Terman’s legacy of Father of Silicon Valley’s University/Military/Industrial Complex, who also institutionalized “black silicon” valley with ESL, Lockheed, GTE Sylvania, Argo, etc. Wm. Perry and ESL. Perhaps most lasting legacy of Terman is the university as a hand-in-hand collaborator with startups, a model for university and entrepreneurial partnerships including consulting, patents, intellectual property, equity, etc.

Normally, that would be the end of the story. However, there are the unintended consequences. There is a deep and pervasive university & intelligence relationship which are his secret or black legacy which was driven by wartime climate and funding. Silicon Valley did not turn out quite as Terman expected, he thought it would become klystrons, travelling wave tubes, microwave & electronics. But, it’s not Microwave Valley, rather it’s Silicon Valley. Why?

William Shockley, “The Other Father of Silicon Valley.” Key in radar bombing training. Co-inventor of the transistor, wining the Nobel Prize in 1956 and founded Shockley Semiconductor in 1955, the first semiconductor company in California. Shockley employed the so-called “traitorous 8” who founded Fairchild Semiconductor. Individuals from Fairchild then went on to form the likes of Intel, AMD, National Semiconductor among others.

In the end, the lasting legacy here is the university/industry collaboration, and the university-military-industrial complex that really got started in the area now known as Silicon Valley.

More on The Secret History of Silicon Valley