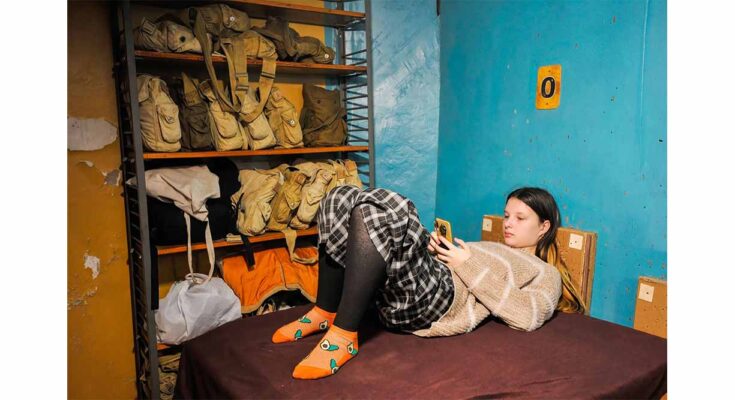 “As Russian troops surround Kyiv, millions of Ukrainians have relied on the messaging platform for government information.”

Every day for the past two years, thousands of Ukrainians opened the official Covid-19 Telegram channel for the latest pandemic news. The @COVID19_Ukraine account shared daily case figures, the number of people who had died, and the government’s latest health advice. Millions read the channel during the global health crisis.

But as Russian troops marched toward Ukraine’s borders, the channel responded. It asked whether members wanted updates on the latest “socio-political” news? People overwhelmingly voted for the change. Since then the Telegram channel has shared the latest war news 24 hours a day—changing its display name to @UkraineNOW—and become an essential source of verified information for Ukrainian citizens.

In the days since the war started, WIRED has reviewed hundreds of Telegram posts from verified Ukrainian government accounts and politicians. Their messages help keep people safe, debunk potential Russian disinformation, and counter emerging threats. Wartime propaganda is mixed with practical safety advice. Disinformation rebuttals are peppered among requests to spot Russian saboteurs. And alleged videos of captured Russians sit alongside photos of babies born in air raid shelters. All of this unfolds in real time, with accounts posting hundreds of messages per day.

“How to distinguish our equipment from the enemy?” UkraineNOW posted on Friday, sharing pictures of Ukrainian and Russian tanks. On Saturday, three separate posts in the space of just six minutes warned of imminent airstrikes across Ukraine (“air alarm: Lviv, Rivne ❗️❗️❗️”); maps showing air raid shelter locations were shared. On Sunday the channel advised on ways to safely pass military checkpoints (“turn on the hazard warning light, no video recording”) and what to do if there are attacks on chemical processing plants (“close the windows and do not open them unnecessarily”).

With nearly 500,000 members before Russia’s invasion, UkraineNOW was already one of the country’s biggest Telegram channels. Now a million people depend on it for updates about the war. Its posts, which are shared by other channels, get around 8 million views a day. On February 26, UkraineNOW posted 139 times and forwarded another 54 messages from other Telegram accounts; before the invasion it posted three to five times per day. Its evolution and continued growth provides a glimpse of how the social media app has helped keep citizens up to date on Russia’s invasion with verified information during a time when platforms have struggled to handle a flood of misinformation and disinformation.

“From bomb shelters, on the road, in different parts of the country, day and night we are working to ensure that Ukraine and the world receive truthful information and fight Russian propaganda,” one Ukrainian team member involved in the channel’s operation tells WIRED. They say the channel was quickly “transformed into a powerful information ecosystem” to keep people informed.