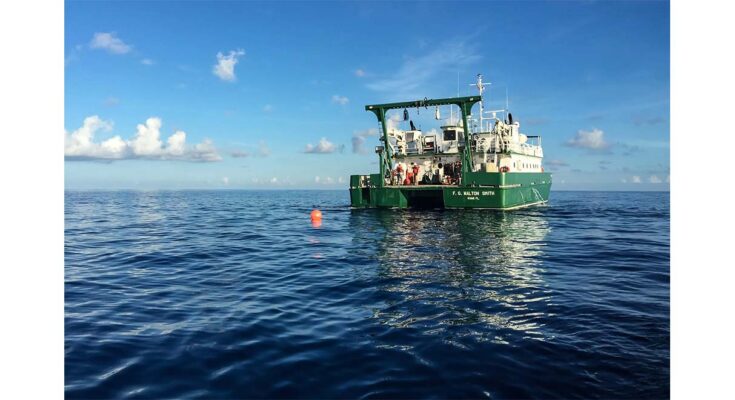 “So far, the efforts to observe the currents directly show they’re weirder and more unpredictable than expected.”

On a Saturday morning in December of 2020, the RRS Discovery floated in calm waters just east of the Mid-Atlantic Ridge, the massive undersea mountain range that runs from the Arctic nearly to the Antarctic.

The team onboard the research vessel, mostly from the UK’s National Oceanography Centre, used an acoustic signaling system to trigger the release of a cable more than three miles long from its 4,000-pound anchor on the seabed.

The expedition’s chief scientist, Ben Moat, and others walked up to the bridge to spot the first floats as they popped up. The technicians on deck, clad in hard hats and clipped into harnesses, reeled the cable in. They halted the winch every few minutes to disconnect the floats as well as sensors that measure salinity and temperature at various depths, data used to calculate the pressure, current speed, and volume of water flowing past.

The scientists and technicians are part of an international research collaboration, known as RAPID, that’s collecting readings from hundreds of sensors at more than a dozen moorings dotting the Atlantic roughly along 26.5° North, the line of latitude that runs from the western Sahara to southern Florida.

They are searching for clues about one of the most important forces in the planet’s climate system: a network of ocean currents known as the Atlantic Meridional Overturning Circulation (AMOC). Critically, they want to better understand how global warming is changing it, and how much more it could shift in the coming decades—even whether it could collapse.

“Measuring this ocean system is vital to understanding our climate,” Moat says.

The Atlantic circulation is, effectively, one leg of the world’s mightiest river. It runs tens of thousands of miles from the Southern Ocean to Greenland and back, ping-ponging between the southwestern coast of Africa, the southeastern US, and Western Europe.

The system carries warm, shallow, salty water northward, transporting about 1.2 million gigawatts of heat energy across RAPID’s array of moorings at any moment. That’s equivalent to about 160 times the energy capacity of the entire world’s electricity system. The currents, which heat up the surrounding air as they travel northward, are a major factor (though not the only one) in why Western Europe is warmer than eastern Canada even though they lie at roughly the same latitude.

The waters become cooler and denser as they reach the high latitudes, forcing the currents to dive miles below the surface, spread outward, and bend back southward. That sinking of the water deep into the ocean helps propel the system.

The problem is the Atlantic circulation seems to be weakening, transporting less water and heat. Because of climate change, melting ice sheets are pouring fresh water into the ocean at the higher latitudes, and the surface waters are retaining more of their heat. Warmer and fresher waters are less dense and thus not as prone to sink, which may be undermining one of the currents’ core driving forces.

How the AMOC works

James Temple is the senior editor for energy at MIT Technology Review. “I’m focused on renewable energy and the use of technology to combat climate change. Previously, I was a senior director at the Verge, deputy managing editor at Recode, and columnist at the San Francisco Chronicle. When I’m not writing about energy and climate change, I’m often hiking with my dog or shooting video of California landscapes.” 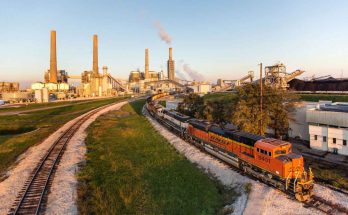 The US agency in charge of developing fossil fuels has a new job: cleaning them up