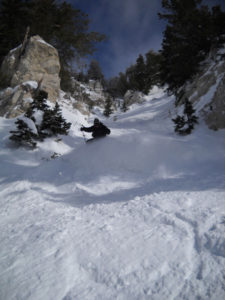 My name is Matthew Wallace and I started skiing at Alta, Utah when I was about 5 years of age, which would have been in 1966. That was back when Collins Lift was a one-seater, the rope-tow was made of rope, our ski boots were leather double-lace-ups, skis were pretty much made of just wood and bindings were cables. None of the fancy stuff of the modern era. Stating the obvious, things have changed a lot since then. (Avalanches still run and kill people, yet our ability to understand them, and prevent and avoid them, has markedly improved.) I still enjoy skiing. The steeper the slope and deeper the powder is all the better. I am an amateur observer of weather, being fascinated by both it’s subtleties and shear power. A favorite time of year for me is when the land is blanketed by cold white snow. Here in Utah we are graced with some of the finest snow in the world. Granted, other places have fine snow, but we have a mix of snow and geography that is pretty much unique. Utah is a great place year-round, yet my favorite time is Winter. I live in Utah and I’m a native fourth generation Utahn. (If I lived in Vermont I’d be a fifth generation Vermonter. I consider myself both, Utahn first, Vermonter second.) Hence: Weather | Snow | Utah.

I’ve had a keen interest in computing and computing technology since some time in high school, which would be the mid-1970’s. In college I first thought I wanted to get a degree in physics. Calculus for engineers put an end to that. I instead took a degree in organizational communication, which has served me well. I later returned to college to earn a degree in computer information systems, something I’d wanted to do in the beginning. (So, I have two bachelor degrees, aka B.S. And you know what that stands for, bovine scat. But, do you know what an M.S. degree is? Why, it’s More of the Same. How about a PhD? Well that’s simply Piled higher and Deeper! It is said that if you can’t dazzle ‘em with brilliance, then baffle ‘em with bull shit.) Hence: Computing.

I was an on-air radio programmer at KRCL in Salt Lake City for 16 years, from 1987 to 2003. I created my first website for one of my radio programs in the late 80’s using MS Publisher. I had great fun with that, tweaking it so it would display just so. Not at all an ideal development platform, rudimentary to say the least compared to modern web-dev methods. That early experience gave me the impetus to figure out how to code with HTML. Styling came along and I learned to do some in-line styling. Then I discovered Cascading Style Sheets which made it so much easier to apply styles site-wide. For a time I worked for a start-up Silicon Valley company, that project ultimately failed, but not without me learning a lot in many ways about many things. (Learn from failure, which is really not failure after all.) At roughly the same time I was involved with a non-profit organization as web-master, creating a mid-sized complex website, all by hand. It was a great way to learn the intricacies of HTML and CSS coding. I then transferred that from all-manual to a more automated system. Again, I learned a lot in the process. My work-life has taken many turns over the years, some planned, some not so much. When I say I started web design in 1987 that is correct. To assume that means I’ve focused on web design 100% since then would be inaccurate. I’ve done many things over the years. Yes, I am experienced.

A lot of what I know regarding computers, computing and all things internet is self-taught. I’ve also studied computer and internet security for years. The Snowden releases amplified that interest and provided me with tremendous resources to learn even more about both technical security and the work that both government and non-government entities are engaged in, both in the United States and elsewhere. (Five-Eyes anyone?) I am not at all interested in nefarious acts and have no nefarious intent. Rather, I am concerned that humanity is wholly unprepared for and unaware of the pitfalls of the computing systems that we have come to rely on, more so every day. On the whole, we want convenience and low-cost (cheap). We seemingly don’t care about security. Although, we will at some point, but by then it might well be too late as the cat will be out of the bag, the horse will have long since left the barn. I am keenly interested in what I term “cybersecurity” in this website. Hence: CyberSecurity.

This website (Internet Salmagundi) then is an amalgamation of all of the above. It’s a way for me to share some of my major interests in life which amount to a mixed salad, a salmagundi. I read a lot. I share some of what I find while reading both print and online publications here in this website. Much of what is available on the world wide web is free of charge. It’s there on the premise of freely sharing information so that others may benefit. You put some out from which I benefit, I put some out from which you benefit. Together, we all are a bit better off having shared. I consciously do not profit from this website, only from the work I do for clients. (My work related website is Wallace Web Design.) That is the spirit with which I share what is in this website. Cheers! 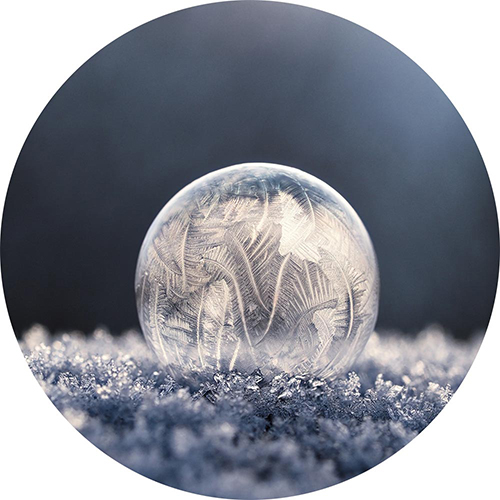