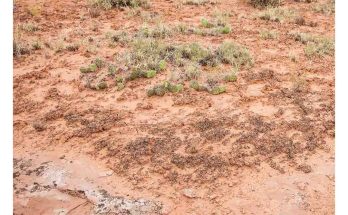 Climate change and human activity are destroying the layers of fungi, lichen, and bacteria that protect deserts from erosion.